8 Austinities to catch at the 2019 SXSW Music Festival 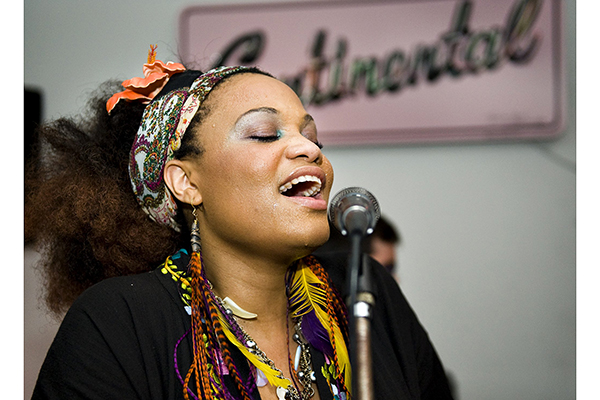 South by Southwest brings all corners of the musical world to Texas, but Austin’s own diversity of sound will still be present at this year’s music festival. From March 11-17, Austinite musicians from all genres will perform at venues scattered across the state capital. Here are eight performances to catch amid the entertainment.

Feb. 13, the day City Hall declared Sphynx Day, may have passed, but that doesn’t mean this Austinite band can’t still be celebrated. Their synthpop sound lends the band a space rock feel that explains their radio success across the U.S., U.K. and Mexico. Sphynx performs from 8-8:40 p.m. at the Iron Bear on March 16.

Formed in 2014 at a festival in Italy, Thalea String Quartet plays to bring first-time listeners and classical music connoisseurs timeless music. The quartet has recently joined the UT community by being named the Young Professional String Quartet at the Butler School of Music. They have also performed in Europe, the U.S. and Canada. They perform from 9-9:40 p.m. at the Parker Jazz Club on March 13.

Born and raised in Austin, producer and singer-songwriter Kydd Jones first gained international fame by performing at North by Northeast in Toronto and the Brooklyn Hip-Hop Festival. Since then, he has come home and performed at Austin City Limits. Kydd Jones’ hip-hop music is reminiscent of Lil’ Wayne’s earlier days with his witty verses and hard-hitting punch lines. He performs from 8:10-8:30 p.m. at the Doris Miller Auditorium on March 16.

Zack Varner, an alto and tenor saxophonist has studied jazz all his life and holds a Doctorate of Musical Arts in Jazz Performance from UT. His first album as a bandleader, Blues in the Nude , holds 11 originals performed by elite Austin musicians. Varner’s take on jazz is enticing yet soothing with its uptempo sound. He performs from 8-8:40 p.m. at Elephant Room on March 16.

You may recognize the The Bright Light Social Hour’s sound from the theme of the hit Amazon series “Sneaky Pete,” which the band composed. The band has also played Lollapalooza, ACL, Sasquatch! and Hangout Festival. The distinct vocals that blend into the band’s eerie sound create a psychedelic tone. They perform from 10:30-11:10 p.m. at Empire Garage on March 11, and from 12:45-1:25 a.m. at Cheer Up Charlie’s on March 12.

Tameca Jones, Austin Music Awards’ 2018 best female vocalist, has been featured in Billboard, Rolling Stone and NPR, and has opened for singers such as Leon Bridges and Willie Nelson. Keep your ears open because she is releasing a new single during SXSW. Jones performs from 1-1:50 a.m. at Cooper’s BBQ on March 13.

Deanna Wheeler, an Air Force veteran and musician, combines the country sound of Reba, McBride and Stevie Nicks into a modern pop-country flair she calls her own. Wheeler has battled paralysis and life to perform strong lyrics that leave listeners quaking with emotion. Wheeler performs from 11-11:40 p.m. at Saxon Pub on March 16.

This band’s heavy metal, raging music may sound familiar if you’ve watched “Beavis and Butthead.” The Skatenigs formed in the late 80s and created the EP Chemical Imbalance that was featured on the show. The band’s mix of punk, metal and industrial packs a powerful punch. Skatenigs will be performing from 11-11:40 p.m. at the Dirty Dog Bar on March 14.