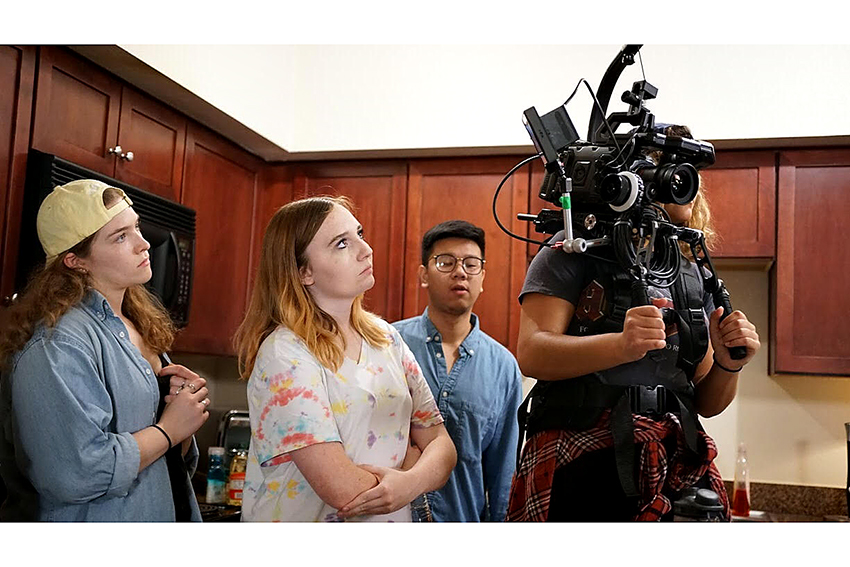 This year’s South by Southwest shows an impressive amount of female directed films, from narrative to documentary. Women and Hollywood reports that 60 percent of films set to premiere at SXSW are either directed or co-directed by women.

With the film festival fast-approaching and with so much to do, it may seem overwhelming to pick out which movies to see. So, to help pick out a schedule, The Daily Texan has put together a list of a few female-directed films premiering at SXSW.

“Booksmart” marks actress Olivia Wilde’s first directorial feature and is the only female director whose film is premiering under the Headliners section of the fest. “Booksmart” follows the story of two studious teenage girls played by Kaitlyn Dever and Ladybird’s Beanie Feldstein. Before their high school graduation, the pair realize they’ve missed out on years of fun and try to fit it all into one “Superbad” style night. The film’s cast is a star-studded affair featuring Jessica Williams, Billie Lourd, Lisa Kudrow, Jason Sudeikis and Will Forte.

Go Back To China

“Go Back To China” is a semi-autobiographical film written and directed by Emily Ting. Starring YouTube star Anna Akana as Sasha Li, “Go Back to China” tells a story of self discovery as Li goes from rich and spoiled to broke and getting a job at her father’s toy company. This film delves into many endearing themes, such as family and self-actualization, while also providing an “honest look at the human cost of things that are made in China.”

This year’s SXSW is no stranger to horror and mystery — from “Us” to “Pet Sematary,” consider adding “Body At Brighton Rock” to the watch list. Directed by Roxanne Benjamin, “Body At Brighton Rock” tells the suspenseful story of Wendy, a part-time state park employee who one night stumbles into a terrifying journey, isolated deep within the forest. The world premiere of this thriller is being shown in the Midnighters section of the fest.

We Are The Radical Monarchs