‘Little Monsters’ shines a heartwarming light on the zombie genre 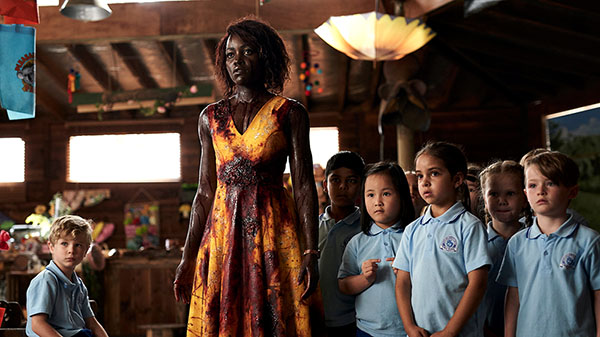 “Little Monsters” is the beacon of undead light in a time where zombie films have been done to death.

This is Abe Forsythe’s third feature film and he surely delivers with a heartwarming comedic zombie adventure. The film stars Lupita Nyong’o, Josh Gad and Alexander England. The zombified adventure follows a group of kindergarteners, their teacher and a selfish TV personality as they fend off undead hordes on a school field trip. The film beautifully combines comedy and horror while topping it all off with a heartwarming message about the power of teachers.

The core of the film is its extraordinary cast. Lupita is strong and powerful as Ms. Caroline, a teacher who will stop at nothing to preserve her student’s innocence. She plays wonderfully off of Alexander England’s Dave, whose fear of having kids is challenged by a growing connection with his nephew, Felix. Josh Gad packs a comedic punch with his portrayal of Teddy McGiggle, a selfish kid’s show host who quickly lets his facade down in the face of danger. The kids are truly the heart of the film, retaining a sense of youth and innocence throughout the carnage.

The storyline deals with powerful concepts such as how far a teacher will go to protect their children. It feels eerily reminiscent of the school shooting climate we live in, which only helps to add emotional fuel to the story. The dynamic between Uncle Dave and Felix is particularly touching as Dave begins to realize how much he actually cares for his nephew.

The gore and makeup effects in the film are particularly noteworthy. Zombies ooze and leak in all different places, and the costumes are unique and comedic. One zombie even uses a sock puppet to bite people. The visual comedy contrasts well with the gritty dark elements of the film.

The cinematography is also very strong, with shots and camera movements that help to convey the emotion and danger of the film. One shot seems to pay homage to “The Walking Dead” with an overhead view of a character on a vehicle while a horde surrounds him. The handheld camera work for tight action sequences emphasize the uneasiness and scramble for survival.

“Little Monsters” is another solid horror entry in this year’s SXSW lineup. The comedy and horror elements beautifully work together and the stellar cast brings an extreme amount of heart and innocence to an otherwise frightening film.