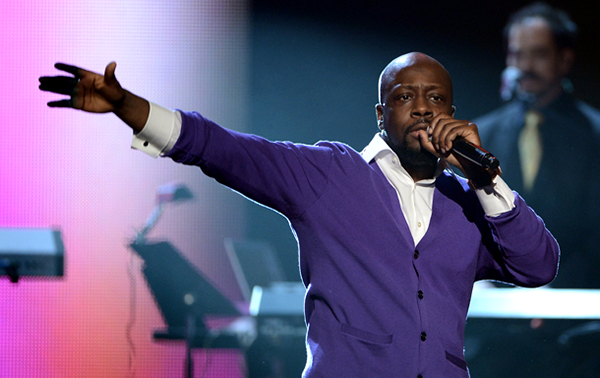 With a discography spanning 25 years, rapper and producer Wyclef Jean has acquired a vast amount of musical experience. But through his latest project, Wyclef Goes Back to School, Jean transformed from teacher to student.

Wyclef Goes Back to School is composed of 11 tracks, most of which include the raw talent of college artists from across the country. Before his South by Southwest featured session and performance at the Parish, The Daily Texan spoke with Jean over his newest work as well as his experiences interacting with various students.

Daily Texan: What’s the story behind Wyclef Goes Back to School?

Wyclef Jean: I started putting out music in 1994, right? So what has happened today is that we are in an age where producing is getting much quicker because of technology. So what I wanted to do is start a form of curation from this idea of discovery, really. But how do I do that? I feel that raw talent is in the last year of high school or the first years of college. So for me, this was the process of how I got it started. I just tracked down a bunch of kids. So think about when you're listening to Wyclef Goes Back to School, it's composed from the idea from a producer that starting in 2019, new music will be based on discovery. What happens to the kid who has 10 YouTube views but might be the next Adele, you know what I mean? That's the kid that you hear in Wyclef Goes Back to School.

DT: You said that in this process you were a teacher as well as a student. What's the biggest thing you've learned through this process?

WJ: The biggest thing I learned through the process for me would be, 'Forever a student.' I might know how to play 7 to 12 different instruments, but I just learned how to play a new instrument: the computer. So everything that I learned from hardware, I had to convert to software, and that was definitely inspired by students but it was also inspired by the idea of just seeing how everything can be done much quicker today.

DT: You're definitely doing a lot to provide rising musicians with a platform. Does this stem from personal experience?

WJ: My experience going to (Five Towns College) was the large amount of talent we had in the music classes. I thought, '95 percent of these kids are probably not going to make it on the bigger platforms.' At the end of the day, I always said, 'If I ever made it, there would be a world-wide platform of discovery that I would love to give to kids.'

DT: Do you see the changes in the music industry as a challenge or an opportunity?

WJ: I just feel on the side of the composer that it's much more exciting because it gives kids quicker access and they're able to research very quickly. But the model of what changes for an average artist is just putting music out. I remember back in the day that if you were going to do a release, you had to do a whole movie with it. Now you just go online and it's going on Facebook and Twitter with your billions of fans. That's just fucking cool.

DT: What advice would you give to student musicians hoping to go into the music industry?

WJ: Stay focused on your course. Do not let someone pull you from your course, don't chase the sound. Just do you for you. Just make great music, and if it lands, it lands.

DT: Do you plan on collaborating with some of the students here at UT?

WJ: I would love that. Once again, this was a program we just started based on discovery. Also, I'm excited about going to SXSW because of the cluster of talent that roams there. Who knows what we're going to see?

DT: What should people expect from your upcoming SXSW session?

WJ: I plan to share a lot of information with the youth. We could talk about Whitney Houston, Michael Jackson, Shakira, Beyoncé — a lot of these (young musicians), they look up to these people. If you have someone in the studio who has been here firsthand, maybe I can give a piece of information. And with that information, it can help the next generation on how they're approaching their music.