Shut down ‘boy talk’ when you hear it 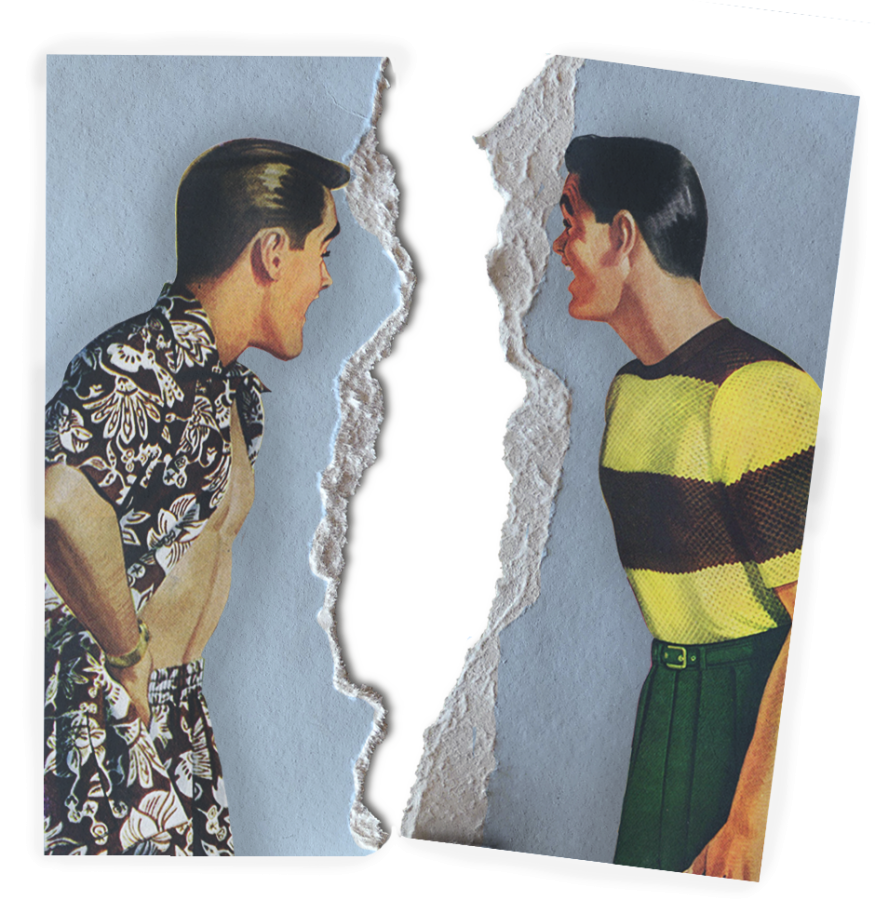 If you’re in tune with college Twitter culture, you know the prevailing opinion on males as a group can be summed up in three words: “Men are trash.” At this point, the tagline has become more of a meme than a spiteful declaration; an exhausted response whenever a headline breaks describing yet another contemptible act committed by a man. It’s a way for me and the people around me to collectively sigh, point and say, “There they go again.”

As a woman whose closest friends at UT are mostly men, I sometimes find these condemnations unfair and far too broad. I prioritize mutual respect in any relationship and can say with confidence that my male friends have always treated me with kindness.

Even so, whenever I’m in a male-dominated space, I overhear “boy talk” ­— those misogynistic jokes and sexist comments men often make when they’re comfortable among peers. In the past, I would shrug off these comments as harmless, albeit tasteless. Now, in light of our national reckoning regarding sexual assault, “boy talk” takes on a sinister weight and cannot be dismissed. If we truly care for our male friends and wish to see them improve, we need to call out sexist remarks.

Confronting sexism, especially when it comes from people we care about, can be filled with anxiety and emotion. Last week, when a male friend made a joke comparing sleep deprivation to being “roofied,” I instantly snapped at him to shut up. Looking back, I wished I had voiced my full concerns since he didn’t understand how he trivialized what is a grim reality for many female students.

Margaret Bassett, deputy director of UT’s Institute on Domestic Violence and Sexual Assault, points out that most sexism stems from ignorance and can be rooted out with constructive dialogue. “These are hot-button topics,” Bassett said. “While it’s necessary to have conversations with privileged male friends, you need to be respectful. The goal isn’t to shame anybody.”

But this goes both ways. Men need to listen to women’s experiences and worries. At the moment, our male peers have a reputation for speaking over us, rather than with us.

“In discussion-based classes, most guys interrupt the women in the class whenever we’re debating an issue,” biology sophomore Krystal Virk said.

When women are more likely to be victims of sexual assault, objectified in advertisements and discriminated against in the workplace, misogynistic remarks hit far too close to home. Whether the speaker intends to or not, saying such comments demean women. Regarding the effects of “boy talk,” Bassett said the psychological impact “can be harmful.”

Because sexist talk plays into larger societal issues, feedback is imperative. When men understand the potential impact of their words, they’re more likely to change. If you don’t know how to confront male friends, consult the UT Bystander Intervention Initiative’s Be Vocal website, which has abundant resources for addressing concerning behavior.

“We need to take the risk of speaking up and speaking from the heart,” said Melanie Susswein, director of marketing and communications in the Steve Hicks School of Social Work. “Ask other people to examine their behavior and examine your own.”

Being “one of the bros” doesn’t mean being OK with sexist behavior. Rather, it’s about caring enough to educate, to connect that objectifying joke a guy friend makes to broader issues. As a result of weeding out “boy talk,” we ensure our male friends treat women at UT and beyond with respect.

David is an advertising sophomore from Allen.