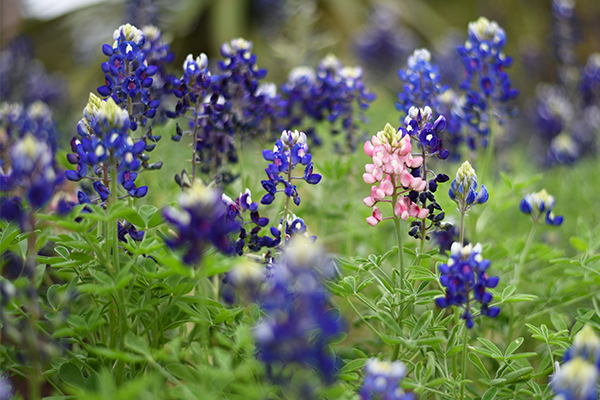 Bluebonnets are a regular feature of spring in Texas, but this year they might be blooming at their fullest later than predicted, according to horticulture specialist Andrea DeLong-Amaya.

Last week saw record low temperatures, according to KXAN meteorologists. They previously predicted that the warmer winter would lead to earlier blooming, but their predictions changed when the cold snap was detected.

DeLong-Amaya, who works at the Lady Bird Johnson Wildflower Center, said that while the cold snap would impact the bluebonnets, it was unclear how exactly the flowers would be affected.

“There has been a trend of weather getting warmer and having less predictability, which could confuse the wildflowers,” DeLong-Amaya said.

According to DeLong-Amaya, the bluebonnet plants have some adaptation to sudden cold weather, but the timing can impact how effective the adaptations are.

“A sudden temperature drop now would do more damage than earlier,” DeLong-Amaya said. “After the plants start growing, then (cold weather is) more problematic.”

According to the center’s website, the Texas bluebonnet’s growing season spans from March to May and normally peaks in April.

Texas bluebonnet stems grow to between 6 to 18 inches. According to DeLong-Amaya, the closer these flowers are to the ground, the less impact they feel from cold conditions.

“The soil tends to insulate itself,” DeLong-Amaya said. “There can be a little frost damage, but it’s rare among shorter plants.”

The Texas bluebonnet holds significance, among other flowers impacted by the cold front. It was made the state flower in 1901, and students are taught about the flower early on in school.

Justin Morris, a radio-television-film sophomore from San Antonio, said he has a strong admiration of the flower because of his Texas upbringing.

“My family usually takes photos in bluebonnet fields this time of year,” Morris said. “If they don’t, I take my own by myself. They’re only in bloom for a short period. Seeing a field of them really makes it feel like spring in Texas.”