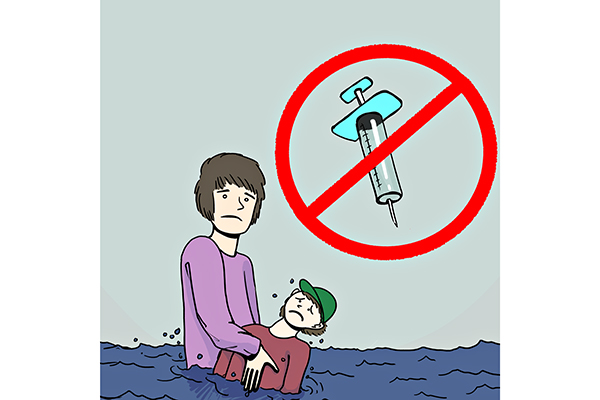 A proposed Texas bill would prohibit the Department of State Health Services from recording the number of individuals claiming a vaccine exemption in public schools.

House Bill 1490, filed by Rep. Matt Krause, R-Fort Worth, would pose an obstacle to researchers trying to identify areas of greatest concern for infectious disease outbreak.

“In general you see higher rates of conscientious vaccine exemption in counties where you have higher income, a higher proportion of the population that is white … (and) has a bachelor’s degree,” said Castro, an ecology, evolution and behavior graduate student.

Legislation such as HB 1490 poses a concern to the researchers, making their work almost impossible to complete, Castro and Morrison said. For clearer results, more data is required for their work.

“We are specifically trying to identify the regions of most concern and the sociodemographic groups of most concern,” mathematics junior Morrison said. “We’ve done this by taking lots of publicly available data from places like the Department of State Health Services and the United States census … to try to identify the predictors of vaccination exemption rates.”

The risk of aggregated groups of children without vaccinations leads to higher risk of disease outbreak in that area. Morrison said a major concern is for immunocompromised children who have medical reasons for vaccine exemptions.

“For a disease like measles, you need 96 to 99 percent of the population to be vaccinated in order for herd immunity to be achieved,” Morrison said.

Many early childhood diseases such as measles have been nearly eliminated by vaccine campaigns.

“Trying to get people who (don’t) understand this isn’t the flu, it’s not chicken pox, it’s really serious and here’s why, is (how) I think communication could help change people’s understanding,” said Michael Mackert, director of the UT Center for Health Communication.

For now, Castro said the next step beyond their current research is to model the potential outbreak size of infectious diseases in low vaccination areas.

“Putting the risk in terms of students affected … I think that could change people’s perception of what is the risk,” Castro said. “At the end of the day everybody wants their kids to be safe, but how we move everyone to the evidence based scientific answer, I think is the million dollar question.”