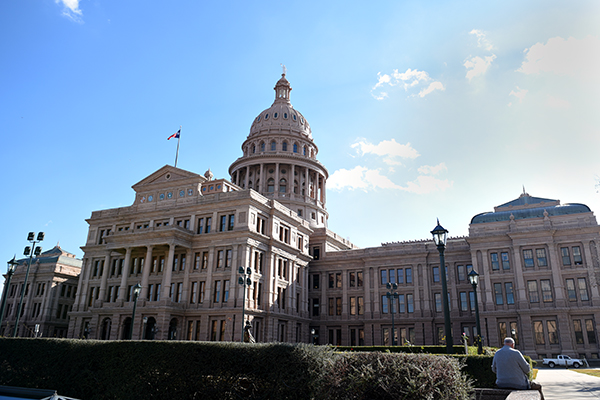 State Rep. Angie Chen Button dabbed away tears as Shawn Cumberland described how his son Nicky died from injuries sustained in a car crash as he left a Texas Cowboys initiation event.

“I’m sitting here dropping tears, messing up my make-up,” said Button, R-Richardson, who is from Taiwan and mentioned she had never heard of hazing before coming to the United States. “I’m just absolutely horrified … this (creates) such a bad reputation for all American universities.”

Cumberland, Jay Maguire, the founder of Parents and Alumni for Student Safety, and two other anti-hazing advocates testified in front of the House Higher Education Committee on Wednesday in support of House Bill 1482, a revamped version of Texas’ current anti-hazing statute. Cumberland’s son died in October, and the events surrounding his death are the subject of several active investigations into alleged hazing by members of the Texas Cowboys.

“Out of a dozen students that I talked to, only one told me that their fraternity doesn’t haze,” Cumberland said. “The majority narrative that I got was four points: hazing exists in my fraternity, I don't like it, I wish it did not exist and there's nothing I can do about it.”

The bill expands the definition of hazing to include forcing others to consume an alcoholic beverage and creates immunity from civil liability for reporting an act of hazing. Previously, the law only gave immunity to criminal prosecution.

The legislation also would require universities to provide a list each semester of organizations found to have hazed members with details of each incident but it would exclude details that would identify students to comply with the federal Family Education Rights and Privacy Act.

Cumberland was joined by Debbie Debrick, the mother of a Texas Tech student who died in at a fraternity rush event in 2014 after consuming a fatal amount of alcohol. Her son, Dalton, had turned 18 just six days before and didn’t even make it to his first class. Dalton had been planning to be a teacher and coach, she said.

The pair described how their goal is to ensure no other parent joins the “club” of people who have lost children to hazing. While they said they appreciated the support they’ve gotten, both wished they had never been given a reason to meet.

The bill also clears up “gray areas” in the state’s current anti-hazing laws that Debrick said caused prosecutors to shy away from prosecuting individuals associated with her son’s death.

Judson Horras, the president of the North-American Interfraternity Conference, also spoke on in support of the bill and said it’s a version of his organization’s “model” anti-hazing legislation that he is trying to get passed in all 50 states.

“Often the harder (the club) is to get into, the harder that hazing is,” said Horras, whose organization governs nearly half a million fraternity members in the country. “But there is no good reason. There is no good excuse. And frankly, there's a lot of students that just don't know how to stop it because they watch it.”

But the bill is only part of what Cumberland and other advocates are looking for. Cumberland also wants to make it easier to prosecute individuals who do not report incidents of hazing, and Horras believes it should be a felony to force someone to drink enough alcohol that pushes their blood alcohol content level to 0.25 or higher.

Cumberland said his other goal is to ensure people understand the widespread nature of hazing, so parents know what their children may be getting into.

“(Before Nicky’s death), I didn’t even think about the concept of hazing,” Cumberland said. “We never in our wildest dreams imagined it, that is something that sounds even archaic if you did know about it — but I didn’t know about it.”