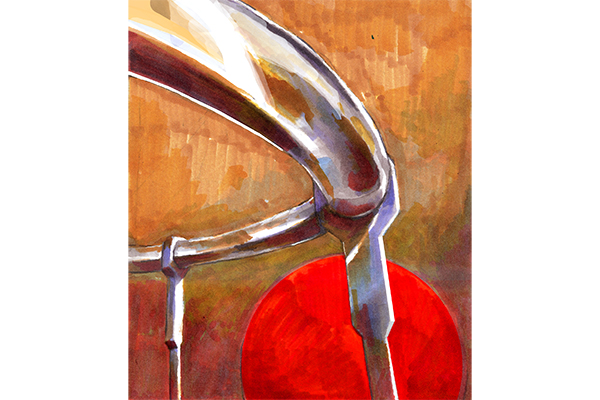 A new government council at the United States Department of Transportation will regulate the implementation of hyperloop technology — which could promote the creation of a proposed hyperloop that would move passengers from Dallas to Austin in 19 minutes.

During South by Southwest, U.S. Secretary of Transportation Elaine Chao announced the creation of the Non-Traditional and Emerging Transportation Technology Council to identify and determine regulations for bringing the hyperloop to commercialization.

The company Virgin Hyperloop One selected the Texas Triangle route, connecting Laredo, Austin, the Dallas-Fort Worth area and Houston, as a winner of the Hyperloop One Global Challenge in 2017. The hyperloop would have ten times the energy efficiency of a plane and zero direct emissions, said Ryan Kelly, head of marketing and communications at Virgin Hyperloop One.

“We want the ease of a metro and speed of a plane,” Kelly said. “Passengers would sit in a pod of around 20 to 40 passengers. The pod is propelled off a track and actually levitates and glides about 600 to 700 miles per hour at a max speed but there’s no turbulence like a plane.”

“This is a really big step in the hyperloop industry that the government has recognized us as a new form of mass transportation,” Kelly said.

North Central Texas Council of Governments is currently reviewing specifics for the proposed Texas Triangle route and attempting to incorporate it in an existing plan for a route from Laredo to Oklahoma City. The Council is deciding between using hyperloop technology, a high-speed rail or a combination of the two for the path.

“By the end of this study, we’re hoping to find out which type of technology gives us the best cost-benefit analysis ratio and what has the best environmental and social impacts,” said Kevin Feldt, a transportation planning program manager of the council. “Hyperloop, because of its near vacuum in the tube, can go much faster, turn more quickly and move up and down more easily, but it’s not as flat or sturdy.”

Marketing sophomore Stephanie Benavides said the hyperloop would shorten her trips home to Laredo, which are typically five hours by bus.

“I definitely make fewer visits home due to the transportation time,” Benavides said.

Passengers would be able to ride directly to their destination without any stops in between, Kelly said.