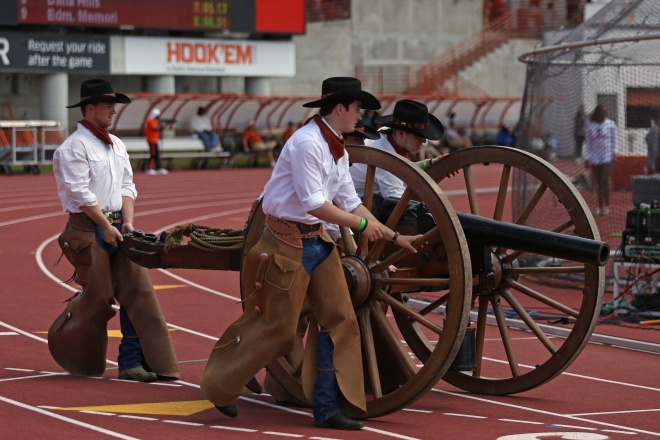 Editor's note: You can find the statement from the Texas Cowboys here and from the Cumberland family here.

In response to yesterday’s Texas Cowboys six-year suspension, the Cowboys and Cumberland family have released statements responding to the findings of the hazing investigation.

The Office of the Dean of Students released its findings yesterday on the Texas Cowboys hazing investigation which revealed that hazing had occurred in the Cowboys during the fall of 2018 and in previous semesters, dating back to 2015. The investigation was requested by the Cumberland family, who suspected hazing after their son Nicky died from injuries sustained in a fatal car crash on the way back for last fall’s initiation retreat in September.

The Cowboys are “disappointed by the University’s decision” as it “may prevent (their) organization from continuing (their) legacy of service,” Cowboys Alumni Association President Eddie Lopez said in a statement.

“As an organization, we are disappointed by the misconduct of certain student members,” Lopez said. “In fact, we have expelled and suspended from our organization the students who were connected to the hazing.”

This is the second time Cowboys have been suspended from campus for hazing. In 1995 then-pledge Gabe Higgins died from hazing injuries sustained during that year’s same initiation retreat and the Cowboys were suspended for five years.

Lopez said in his statement that hazing was not related to the death of Nicky as the members were allowed to sleep at any point. The fatal car crash, which occurred at 5:43 a.m, was caused by the driver falling asleep at the wheel.

The University investigation did not find sufficient evidence to determine if sleep deprivation in the form of hazing occurred at last fall’s retreat. Members told the University they were allowed to sleep and no one reported being prevented from sleeping.

Nicky’s father, Shawn Cumberland said he strongly disagreed with claim that sleep deprivation did not occur, and that many UT transportation policies were broken by the Cowboys, such as not having enough seatbelts for everyone in the car. At the time of the crash, Nicky and three of the five passengers were not wearing seatbelts, according to the crash report. As a result of the vehicle’s rollover, Nicky was ejected.

Clio Harralson, girlfriend of Nicky, said multiple Cowboys told her and her family at the hospital following the accident that they had not slept for 36 hours, and that she believes some members were "definitely sleep deprived."

“The driver should never been allowed to depart after a full day's event with our son and too many other passengers with inadequate sleep,” Cumberland said. “It’s of zero relevance that some boys slept while the driver carrying our son fell asleep on the road. This would be the equivalent of saying some boys didn’t drink, but we let a driver drink and drive.”

Cumberland called the Cowboy’s statement “extremely disappointing” as the Cowboys continue to lack ownership of their actions.

“The Cowboys alumni does not accept responsibility for the continued culture of hazing and for the deceptive and dangerous system that was put in place to protect and promote hazing,” Cumberland said in a written statement. “The alumni care only about the preservation of the organization, but not the safety of the individuals.”

During the investigation, Cumberland said the administration told him they were receiving “daily emails and messages seeking leniency (for the Cowboys) even before the results had been released.”

The final sanction for the Cowboys will be decided once the organization decides whether to accept the sanction, appeal or request a formal hearing. The Cowboys leadership team is currently reviewing its options and will make a decision soon, Lopez said. They have until April 10  to make a decision.

The Cowboys remain dedicated to continuing their legacy of service, Lopez said.

“Our organization is committed to learning, growing, and using this tragedy to educate and prepare the next generation of leaders to do better – and to more effectively serve others, Lopez said. “However, we cannot accomplish these goals if the Texas Cowboys are no longer permitted to operate as an official student organization.”

Cumberland called the service the Cowboys provide as “the PR machine at its worst.”

“When I first saw the front page of the Cowboy website assert $250,000 over the 65-year period, my reaction was it must be a typo; that’s a pathetic amount per annum,” Cumberland said. “The Cowboys alumni counts some of the most successful businessmen in the State of Texas.”

The Cowboys’ statement makes the family fear that upon the Cowboy’s return to campus, “nothing will change (again),” Cumberland said.
“Nothing has changed since Gabe Higgins death,” Cumberland said. “There is no ownership, but rather lack of sincere remorse.”