Bug munching soon to be mainstream in Austin 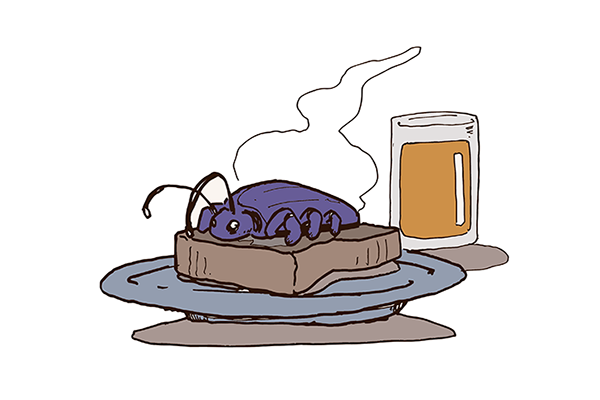 From kombucha to poke bowls, Austin residents have a history of embracing long cherished ingredients from other cultures and not letting go.

The future of eating bugs in the U.S. is near, and it may just get its start in Austin, said founder of nonprofit Little Herds, Robert Nathan Allen. Entomophagy, or the eating of insects, is popular everywhere else — to be specific, 80 percent of the world’s countries include traditional cultures that consider insects a food, with some sources estimating up to two billion people view insects as just another food ingredient — and America is late to the party. Austin’s unique and diverse population of students, entrepreneurs and food enthusiasts means it could be one of the first cities to seriously engage in bug munching.

Allen’s nonprofit Little Herds is dedicated to educating future generations on using bugs as an economically and environmentally friendly source of nutrition. Austin is the perfect starting point for normalizing insects, Allen said.

“Austin is a very health conscious, environmentally conscious city,” Allen said. “There’s foodies eager to branch out, and incredible chefs that draw inspiration from cuisines all over the world. There’s also an intrepid entrepreneurial community here.”

Anthropology senior Andrés Garza said he was introduced to eating insects by his social circle – friends and coworkers from backgrounds where dishes with insects aren’t uncommon, such as Mexico and Korea.

“I enjoy snacking on grasshoppers. They can be (flavored) salty or spicy, have a lot of protein and they’re good for you,” Garza said.

Garza said he hopes more people will give insects a chance and understand why it’s been a staple in so many cultures.

“Eating bugs is often seen as a sign of poverty. People think, ‘They eat insects because they have nothing else to eat,’” Garza said.

Garza said this assumption leads Americans to think that eating insects is a dirty, unappetizing last resort, exclusively for people in developing countries.

Allen said this stereotype is far from the truth.

“In many countries, Thailand for example, insects are considered a delicacy and cost more than animal products,” Allen said. “Pre-Hispanic civilizations like the Aztecs, Toltecs and Mayans revered insects as a specialty — more valuable than chocolate or spices.”

Allen said he expects insects to be the new normal by 2050.

Business senior Dan Martinez said he was initially hesitant to try insects but has changed his outlook.

“I realize now (my hesitance) was my own egocentric notions of what food should be,” Martinez said.

Neuroscience senior Ally Frybach was introduced to crickets in snack form while attending a bug-eating festival. Frybach, a vegan, said although she believes insects are a good alternative to animal products, she does not wish to incorporate insects into her diet for ethical purposes.

“Insects tend to be more expensive, I didn’t enjoy eating them and I don’t need it as a protein source,” Frybach said.

“There isn’t a natural or painless way to butcher animals, as much as we can try. But with insects, we simply lower the temperature and let them expire as they do in nature,” Allen said.

“You shouldn’t limit yourself to what you’ve had,” Martinez said. “Otherwise, you’re eating the same things over and over your whole life.”