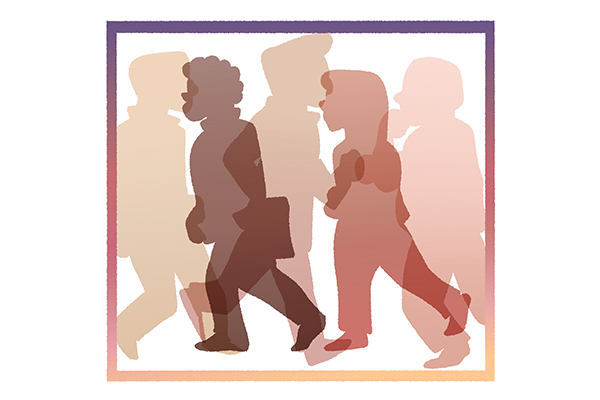 For years, U.S. policymakers have called for an increase in the number and diversity of students pursuing STEM degrees and careers. Yet, STEM retention rates remain a public policy challenge.

“Many college students … start out interested in STEM and then switch to something else prior to graduation,” said Melissa Williams, a professor at Emory University who studies the role of race in educational and career outcomes. “This problem happens across all racial groups, but it’s especially problematic for students with an underrepresented minority background.”

The study found the more typical a person looked of their racial group, the more likely people were to apply racial stereotypes of that group to them.

Data from the study showed underrepresented minority students were more likely to stay in STEM by the time of graduation if they looked less typical of their group.

Another part of the study involved showing random participants photos of people of the same race and gender but varied in racial typicality. When shown two photos of African Americans, researchers found participants were less likely to choose the more stereotypical photo as having more STEM ability.

George-Jones said these assessments occur in real life and can be a factor in whether or not a student persists in getting a STEM degree.

“Repeated interactions with individuals who react negatively to a student’s interest in pursuing STEM can impact that student’s confidence and belief that they can be successful in STEM,” George-Jones said.

As the only black student in the Dean’s Scholars honors program at UT, physics freshman Julian Sennette said he has experienced stereotyping and said he believes this discourages minority students from staying in STEM.

“I cannot count the number of times people have downplayed my achievements into ‘it’s because you’re black’ or ‘affirmative action,’” Sennette said. “That plays a role in the imposter syndrome many of us face, as it’s very easy to internalize these things and feel as if we don’t belong.”

The University is taking steps to acknowledge these issues in academia. The Women in Engineering Program began working with the College of Natural Sciences last fall to host Bias and Inclusion Workshops that open conversations about bias to students, program assistant director Ana Dison said.

“We’re really focused on building inclusive environments in engineering and natural sciences,” Dison said. “If we can get the conversation going at the student level, then (students) are the ones that can impact the climate.”