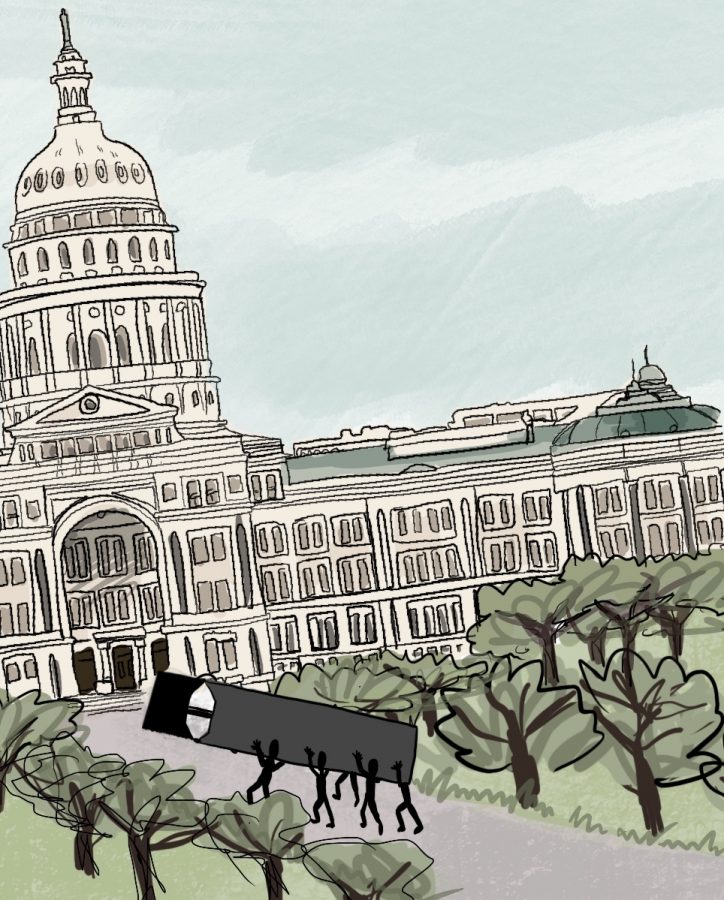 While those issues are important to discuss, students are often most affected by the legislation they don’t always hear about — legislation on a local and state level.

If students want a say in how legislation affects their lives, they must keep up with local politics and reach out to their representatives.

In late February, nine Texas lawmakers filed Senate Bill 21, which would raise the age to buy and consume tobacco products from 18 to 21. This bill includes e-cigarettes and Juuls, which have increased in use among teenagers over the past year.

The bill was sponsored and cosponsored by 13 state senators, including Sen. Kirk Watson, D-Austin, who represents the area surrounding the University.

S.B. 21 would directly affect the hundreds of students at UT who are under 21 and use e-cigarettes. Bria Patel, a biomedical engineering freshman, said she doesn’t feel Sen. Watson is fairly representing students at UT.

“The age shouldn’t be raised to 21,” Patel said. “If you can join the military, buy a weapon and vote, you should be able to buy nicotine.”

According to a study done by the American College Health Association in 2017, 25.6 percent of UT students had smoked a cigarette and 16.9 percent had used e-cigarettes. However, that number is on the rise and it has become common to see students using Juuls or other vapor devices on and around campus.

Because S.B. 21 affects a large number of UT students, the bill highlights the need for students to remain aware of local politics and engage with the political system.

As a representative is meant to act in the interest of their constituents, it is important for students to communicate what their interests are.

Students can interact with lawmakers through many different ways. For a comprehensive list, the Texas Senate provides a Citizen Handbook with information on how to engage with the legislative process.

“How do legislators get ideas for changing the laws or creating new ones? From you,” the handbook states.

The easiest method is reaching out to representatives directly through phone, email or letter. When contacting representatives, constituents are not just ignored. Offices will make note of the people they hear from and their position on a bill or issue.

To find your representatives’ contact information, visit the Texas State Legislature website. Some representatives, including Sen. Watson, have a user-friendly email form on their website. The Citizen Handbook also recommends citizens “attend hearings on specific bills and register and/or testify for or against the bills.”

At the hearing for S.B. 21, more people testified or registered in support of the bill than against it. With the Capitol building only blocks away from UT’s campus, students could have easily attended the hearing and tipped the balance of testimony in their favor. While the public testimony period for S.B. 21 has passed, students should consider attending hearings on issues they are passionate about in the future. And, no matter what, students can always contact representatives, visit their offices and tell their friends to do the same.

Would you rather keep your e-cigarettes now, or fight for them after they’re taken away? When it comes to local legislation, don’t wait until it’s too late.

Springs is a government freshman from Dallas.