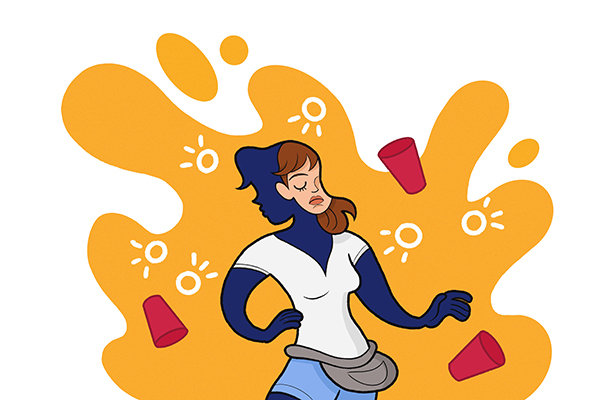 An open letter released Wednesday by a sexual assault prevention organization addressed reports of students being drugged without their consent at Roundup parties last weekend.

The Not On My Campus executive board released the letter to highlight three reports made by students stating their drinks were drugged at Roundup parties but were not sexually assaulted, Not On My Campus president Rylee Trotter said.

Roundup is an annual spring event hosted by the UT Interfraternity Council, with fraternities hosting parties serving alcohol in both cans and open cups.

Not On My Campus sent the letter directly to several University offices and to student body president Colton Becker, who is the former Interfraternity Council’s vice president for philanthropy.

“Drugging students without their consent is wrong and dangerous and unacceptable,” Becker said. “We know this happens, and groups like Not On My Campus are working to create a culture of care where students look out for each other and know how to intervene if they see behavior like this occurring.”

“The (letter’s) intent as a whole was a call to action to show support for the people who had come to us that were looking for some form of justice and letting anyone else know if something similar happened to them, that we want there to be a form of accountability for it,” Trotter said.

Sara Kennedy, director of strategic and executive communications for the Office of the Dean of Students, said as of 4:20 p.m. Wednesday, the Office had not received any reports of students being drugged at Roundup.

“The first knowledge that the Office of the Dean of Students had about these possible incidents was from this (letter),” Kennedy said. “We have not received any actionable information that we could use to investigate on behalf of our students. If we receive reports, then our action will be in response to those.”

University spokesperson J.B. Bird said the letter was “alarming” and that “it’s definitely a report the University will be following up on.”

Trotter said Not On My Campus felt compelled to write the letter because they have recently been discussing how nonconsensual drugging is similar to sex without consent.

“Obviously (they are) completely different actions, but they still are dealing with the concept of consent and people not understanding each other’s boundaries and getting permission for things,” Trotter said. “Just as we take a stance against sexual assault or hazing, nonconsensual drugging should be handled very similarly.”

The organization wants to raise awareness of these incidents and validate victims, Trotter said.

“Not On My Campus’s intention with this is not necessarily to get anyone punished, even if an investigation does go forward,” Trotter said. “It’s more to raise awareness to what’s happening and to allow victims of these incidents to come forward.”