In effort for commercial success, Khalid pays the price on ‘Free Spirit’ 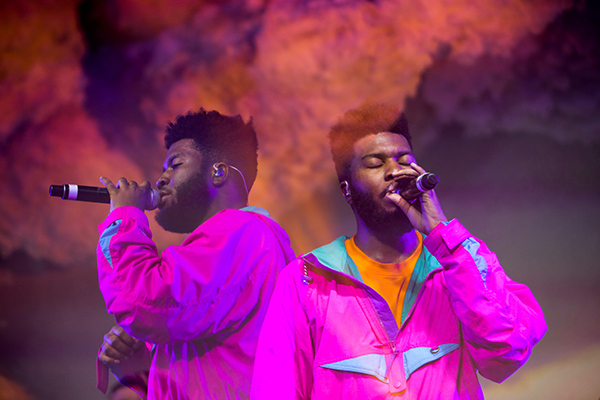 Two years after his breakout debut album American Teen, Khalid’s mood has shifted from youthful nostalgia to somber pessimism — and in terms of musicality, it isn’t for the better. While the 21-year-old El Paso native has grown his brand, production quality and commercial success, his lyrical substance has remained stagnant.

To improve upon his career, Khalid has sacrificed the heartfelt anecdotes present in his first album. In Free Spirit, Khalid seems to be chasing a catchy chorus, such as in “Right Back” or “My Bad.” This shifts his focus from the album’s motifs, such as regret and hopelessness.

In 2017, Khalid achieved commercial success by utilizing his youthfulness to his benefit. With tracks like “8TEEN,” “Saved” and the smash-hit “Location,” the then 19-year-old embodied how it felt to be an American teen in this day and age. Now, with his second full-length record we see what is typical with an artist’s sophomore album: something more commercialized and less intimate. Certainly the inclusion of John Mayer’s guitar playing and multiple teasers released prior would attract more attention to the project, but it doesn’t do much for the album as a whole.

Free Spirit doesn’t lack motivation or direction by any stretch of the imagination — it instead lacks substance. With exception of songs like “Don’t Pretend,” “Hundred” and “Saturday Nights,” most tracks seem to lead into the chorus right from the start with little effort put into verses. Very repetitive and drawn out refrains and bridges take up the majority of songs and Khalid tries to serenade the listener with his voice rather than inserting his emotion and passion into these tracks. Khalid is a very talented young man, and his focus on this album leaves much to be desired by the listener to make an emotional connection to this LP.

Before the album dropped, five of the 17 songs on the tracklist had already been released. The two standout tracks “Better” and “Saturday Nights,” which are still the best on this album, were released in October 2018 along with Khalid’s Suncity EP. The three others were singles released in the month leading up to this album. It is easy to see this album would be way more commercialized, and the content would only verify those suspicions. The tour for this album was released before the actual album, and with songs like “Talk,” it’s easy to tell the goal for this album were radio hits. In this track, the only memorable part is the chorus where he pleads “Can we just talk?” with the melodic ad-lib repeating the same lyrics in the background.

After the first few listens, Free Spirit is very easy to like, with its beautifully sung choruses that create earworms in the listener’s mind. However, Khalid has failed to live up to the precedents he’s made in the past. It becomes clear the more the listener becomes accustomed to this album that Khalid’s character is missing. Perhaps it was tough for Khalid to find inspiration after such a thematically successful debut with American Teen, and he turned to the dead horse of retrospective sadness that is prevalent in today’s R&B.