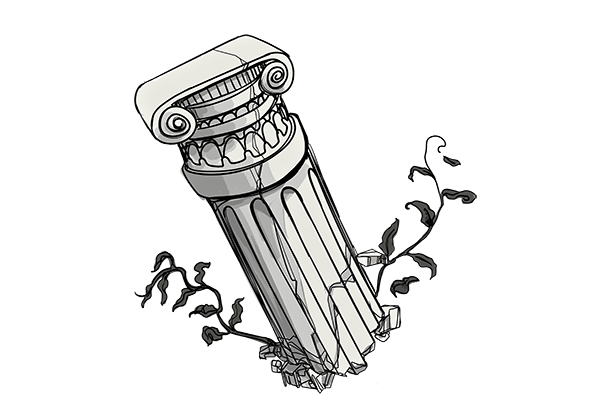 “The University of Texas at Arlington is committed to our students’ safety and security,” UTA spokesperson Joe Carpenter said in an email to UTA students. “Due to concerns regarding the culture of the fraternal community both at UTA and nationally, on April 1st the University administration has directed the suspension of all social activities of the UTA’s fraternity and
sorority community.”

Suspended activities include brotherhood and sisterhood events, philanthropic events, new member showcases and social mixers. Chapter business meetings, community service projects and other limited activities, however, are still allowed if they are coordinated with the office of Fraternity and Sorority Life or Student Affairs, according to the email.

On April 4, UTA released a statement further explaining the suspension. The statement cited hazing, alcohol abuse and student conduct code violations from community members in the past two years as being among the reasons for the suspension. Last year, Phi Gamma Delta and Sigma Phi Epsilon fraternities and Delta Sigma Theta sorority were suspended because of these issues, according to records obtained by the Shorthorn, UTA’s student newspaper. On Monday, the Shorthorn reported an alleged hazing incident at Sigma Chi fraternity which resulted in a male student being hospitalized on March 26.

Carpenter said UTA is assembling a task force to review the Greek Life community and recommend steps to “effect a positive shift in the community culture.” The April 4 statement said the task force would be composed of the four Fraternity and Sorority Life governing councils, Student Affairs staff and the UTA Police Department.

UTA President Vistasp M. Karbhari said in the April 4 statement that he has admiration for the work done by Greek organizations and is “saddened by the cases of hazing, sexual assault, extreme intoxication and other inappropriate behaviors connected to some members of our Greek Community.”

“It is with a view to ending this and strengthening and growing the good aspects of our Greek Community that we have decided to suspend current social activities and assemble a Fraternity and Sorority Life Task Force,” Karbhari said. “I expect the task force will act quickly and apply best practices that will enable us to strengthen and grow UTA’s fraternity and sorority community.”

Peter Driscoll, former UT-Austin Interfraternity Council president and current advisory board member, said he does not think this suspension would be possible at UT-Austin, where private investors have significant influence over Greek organizations. Driscoll said he does not have enough information to know whether he agrees with the suspension, but he said he likes the idea of avoiding risks, especially after concerns over hazing resulted in the recent suspension of Texas Cowboys at UT. Under Driscoll’s watch as president, the council banned hard liquor in UT Greek organization parties last October.

“I err on the side of caution, especially with the Greek system,” Driscoll said. “It’s probably not the worst look, just because I think every Greek system has a certain amount of endemic risk in it, and any social organization … that gets together young people for a social purpose is going to run into safety issues (and) drinking.”