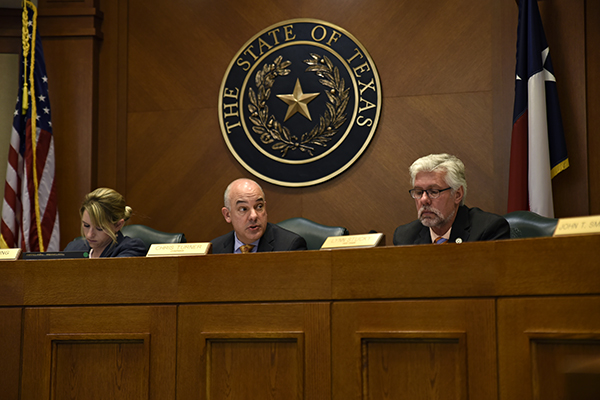 The state of Texas may soon require residential advisors and officers of student organizations to complete drug and alcohol overdose response trainings with House Bill 3658.

“We need to ensure that those most likely to witness an overdose, such as residential advisors and student organization leaders, have the training they need to potentially save a life,” Turner said. “This minimal requirement will go a long way towards increasing students health and safety.”

Turner referenced a 2015 law that allows for universities to have prescriptions on-hand to combat opioid overdoses, such as naloxone. Turner said this law is an “important step forward,” but his bill will ensure students have the training to react in overdose situations.

UT already has a required training for presidents of student organizations, Texas Belles president Hayley Naples said. Resident assistants are also required to complete a similar training, according to previous reporting from The Daily Texan.

“They talked about a lot of different things (at the training) — a lot of it was drug related, alcohol related, sexual harassment related and how to deal with instances like that,” said Naples, a corporate communication sophomore.

Everyone who testified about the bill mentioned the opioid epidemic. However, Turner’s bill makes no mention of naloxone or the opioid crisis that, in 2017, claimed 1,458 Texan lives, according to data from the National Institute on Drug Abuse. A staffer from Turner’s office said the bill does not mention opioids specifically because that would limit the effect of the bill to just one drug.

Shannon Hoffman, a policy fellow at the Hogg Foundation for Mental Health, testified on the bill and said people ages 18 to 25 are more likely to use illicit drugs.

“This age group is really susceptible and is at a really high risk of overdose,” Hoffman said. “Because early intervention is so important and so crucial in saving a life, education and training how to respond is incredibly critical. The United States (Department of) Health and Human Services, as well as the U.S. surgeon general, have recognized this importance as well as the importance of access and education on naloxone.”

Hoffman said the bill would allow students to prepare in case an overdose ever occurred but leaves the enforcement up to universities.

“House Bill 3658 really leaves the training and awareness component up to the school, (and it’s) really flexible in allowing the school to see what’s most appropriate for their campus and for their students,” Hoffman said.

Greg Hansch, executive director of the National Alliance of Mental Illness in Texas, testified in support of the bill and said many colleges have started to teach students about drug prevention at freshman orientation.

“Students at certain colleges now receive a quick overview on the dangers of opioids, how to recognize and overdose and how to save someone from dying with a dose of Narcan, which is the overdose reversal drug commonly now known as naloxone,” Hansch said.

Training programs should teach participants to recognize the signs of an opioid overdose and know how to respond, Hansch said.

“All participants in these trainings should have knowledge of naloxone and the recent legislation from 2015 that created a statewide standing order for naloxone, and participants should be able to observe and be able to do rescue breathing,” Hansch said.