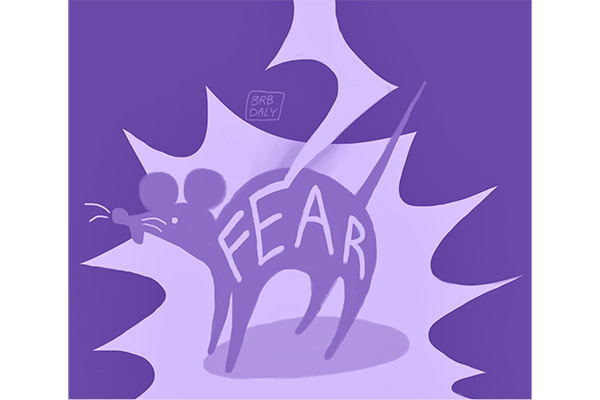 A new study is helping to locate the areas of the brain that help suppress memories related to fear.

Published on April 1 in the journal Nature Neuroscience, the study can help us better understand fear-based mental disorders, said Michael Drew, the study’s lead researcher and an associate neuroscience professor.

Memories related to fear are formed through a process called fear-learning, which is thought to contribute to anxiety disorders, phobias and post-traumatic stress disorder, Drew said.

“Fear-learning occurs when you have a traumatic experience and learn to become afraid of the context in which that experience happened,” Drew said.

One way to help people get over traumatic memories is through extinction therapy, where people are repeatedly exposed to the fear-causing context in a safe environment, Drew said. This forms extinction memories, which reduces fear of the traumatic context.

“We used genetically engineered mice to tag and manipulate neurons,” Drew said. “We put the mice in a chamber and gave them foot shocks, which made them afraid of the chamber.”

To create extinction memories, the researchers place the mice back into the chamber without shocks. Over time, the mice’s fear of the chamber declined, Drew said.

The study also found that if the mice were left alone for one month after the initial shock and extinction therapy and then put back in the chamber without any shocks, their fear returned because the original fear memory became more active than the extinction memory, Drew said.

Drew said this study alone will not impact current treatments for mental disorders, but it can provide the background for future research.

Researchers can now study why the fear memory wins out over the extinction memory, said Anthony Lacagnina, a UT graduate who worked on the study.

“Research could also be done on ways to strengthen neurons of the extinction memory to keep the original fear memory from reactivating,” Lacagnina said.

This study could also help focus research on fear in human brains to be more specific to the hippocampus, said Joseph Dunsmoor, an assistant professor in the department of psychiatry.

In humans, functional MRI can be used to reveal activity patterns in different areas of the brain, Dunsmoor said.

“We can look at specific brain regions and see if there are different patterns of activity based on whether a fear memory is active or an extinction memory is active,” Dunsmoor said.