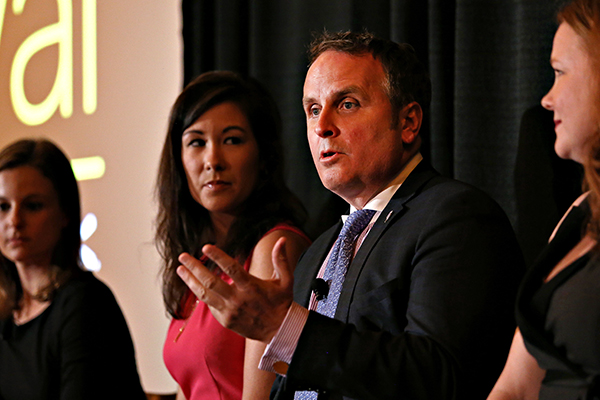 The Committee on State Affairs committee in the Texas Senate approved a proposal Monday that would protect Texans from censorship by social media platforms. The bill will now be considered by the Senate at large.

Senate Bill 2373 was authored by state Sen. Bryan Hughes, R-Mineola, in response to accusations that companies such as Facebook and Twitter are censoring religious and political speech — typically made by conservatives — on their platforms. Under the bill, the Office of the Texas Attorney General could file consumer protection lawsuits against platforms if they restrict users based on their viewpoints.

“Social media websites have become the primary public forum for the exchange of ideas,” Hughes said at the committee hearing. “Though the sites are privately owned, since they’re almost universally adopted, we understand there’s a need to hold them accountable.”

Hughes said it’s important to hold these companies to their commitment to remain content-neutral.

CJ Grisham, founder of Open Carry Texas, an organization that promotes expanded gun rights, testified in favor of the bill. Grisham said he has been censored by Facebook on multiple occasions because of his political beliefs.

“I’m always getting banned for my conservative speech,” Grisham said at the hearing. “We have dozens of local chapters all around the state of Open Carry Texas. However, Facebook has been systematically shutting down our groups. We’ve lost 16 Facebook groups that have been shut down arbitrarily by Facebook, that have not violated any terms of service.”

Grisham said as far as he can tell, his organization’s political leaning is what leads Facebook to remove its content.

David Edmonson, the Texas and Southeast executive director for TechNet, a network of technology CEOs across the country, testified against Hughes’ bill because it would put “the burden on Texas courts of policing social media.”

“It creates an incentive for (social media companies) to not prohibit any type of objectionable material for fear of opening themselves up to potential lawsuits,” Edmondson said. “As a result, this puts the courts in the position of having to determine what is objectively considered to be obscene, lewd … or otherwise objectionable.”

Federico Chávez-Torres, president of UT’s chapter of Young Americans for Liberty, a libertarian student organization, said he feels conflicted about the bill.

“Ideally, a private company should be allowed to do whatever they please as long as they are not breaking any laws or infringing on anyone’s property,” government sophomore Chávez-Torres said in an email.

However, he said companies such as Facebook and Twitter have too much power to regulate themselves and have cornered “the market, the regulators and our rights.”

“This bill is a catch-22,” Chávez-Torres said. “The state of Texas shouldn’t have any say in what these companies do. However, it seems only fair to level this gamed system.”