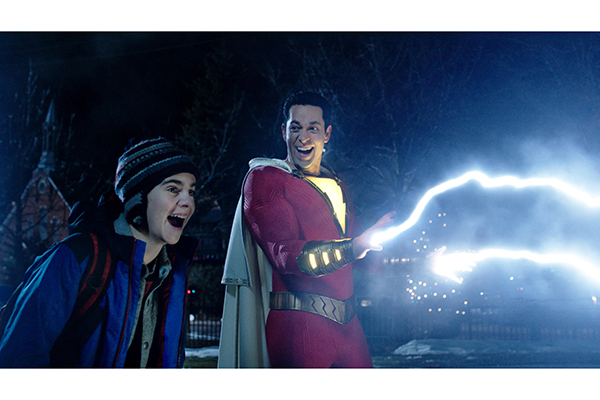 DC’s newest film “Shazam!,” directed by David F. Sandberg, is currently in theaters, and The Daily Texan had the pleasure of speaking with the film’s writer (and UT alumnus) Henry Gayden.

Gayden studied English and radio-television-film at UT while also working as the entertainment editor for The Daily Texan. In addition to “Shazam!,” Gayden was the writer behind 2014’s “Earth to Echo.”

Daily Texan: What is the process like to be hired to write a feature script like this, and how involved is the director in the scriptwriting process?

Henry Gayden: This one was kind of unique, because I was on the project for about a year before (David) Sandberg came on board. Essentially, what happened was that Darren Lemke, who wrote (the screen adaptation for) “Goosebumps,” had written a draft adapting Geoff Johns’ comic. They brought me in to rewrite Darren’s draft. About nine or 10 months into that, it became clear that you couldn’t accommodate two origin stories (“Shazam!” and “Black Adam”) without really short-shifting the other. We took 25-30 pages that were pure Billy, Freddy, “Shazam!” stuff before “Black Adam” had shown up and started building a new script that was purely “Shazam!.” That’s when Sandberg came on.

DT: What were your most valuable takeaways from your college experience at UT-Austin?

HG: The three most valuable things I got out of UT were, one: getting an English degree, which was actually really helpful for a writer. Two: taking Richard Lewis’s class on screenwriting. That really changed how I wanted to focus on writing and gave me more confidence. Three: Honestly, working at The Daily Texan, which I did for four years, just kind of kept me in touch with everything that was happening in LA. I really honed my interviewing skills, and I got to talk to a lot of writers and directors.

DT: What is the best advice you could give to an aspiring screenwriter?

HG: Every writer needs to move to Los Angeles whether they want to or not. My friend, who is now a critic at Variety, thought I was scared to move out there. I just wanted to have a job and write some scripts, and then, when I had enough scripts ready, I’d come out to LA and try and get going as a screenwriter. He was like, “Just come out here and write those scripts and meet people while you are out here.” I think that’s the first step.

DT: Why do you think “Shazam!” is resonating so positively with audiences?

HG: I think the movie’s main goal is to show you a good time. The other reason underlying it is that we also really wanted to make an emotionally honest movie in spite of it being a comedy. A scene, for instance, is about Billy’s mom. One of the executives called me on a Saturday saying, “What if she’s not dead? What if she just doesn’t want him?” I told the executive that’s too far. He said to just try it, so I wrote it in a day and I called him up and said, “This is the best scene in the movie.” Having that kind of scene anchor the movie allowed us to go to a lot of places that weren’t just silly.