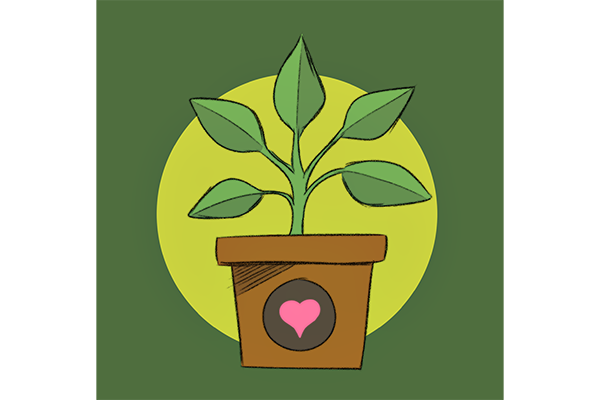 Pesto can be even tastier than before with basil grown using research by UT scientists in coordination with the Massachusetts Institute of Technology’s Media Lab.

Computer science professor Risto Miikkulainen has utilized a machine learning technique called evolutionary computation to maximize the flavor and yield of plants such as basil. Miikkulainen said with this technique they can test and optimize environmental variables — such as quantity of light, temperature and nutrients — much faster than conventional research.

“We can build and train a model that can predict which recipe will create the best yield and best tasting plant,” Miikkulainen said. “Once we have that model, we can test it with evolutionary computation and improve upon the recipes.”

Kate Shirley, project leader at the UT Microfarm said she considers herself an agricultural purist who values traditional farming methods. Although she said some healthy skepticism is good, she is interested to see how this project will impact the future of farming.

“This type of research is especially important as our climate changes and our weather is becoming less predictable,” geography senior Shirley said. “Having robust information could help farmers so much, but we need to be sure that research is democratic and equitable.”

Miikkulainen said the eventual goal is to develop a new agricultural system altogether — one in which food is grown where its consumed, transportation is minimized and yield is maximized.

“Buying local food and eating fruits and vegetables can go a long way,” Wilson said. “Accessibility is a major factor in getting people to eat more produce.”

Taste is another major component of the study. Miikkulainen said they have discovered agriculture can’t have the best of both worlds — it has to be optimized for either size or taste. Artificial intelligence will find the best growing conditions to maximize the concentration of flavorful molecules called volatile compounds, Miikkulainean said.

“We’ve already discovered some recipes that humans would have never found,” Miikkulainen said. “For example, we found that basil doesn’t need to sleep, and it’s best to give (it) light 24/7.”

Miikkulainen said the implications of this study are far-reaching and could impact other industries, such as biomedicine and biofuel.