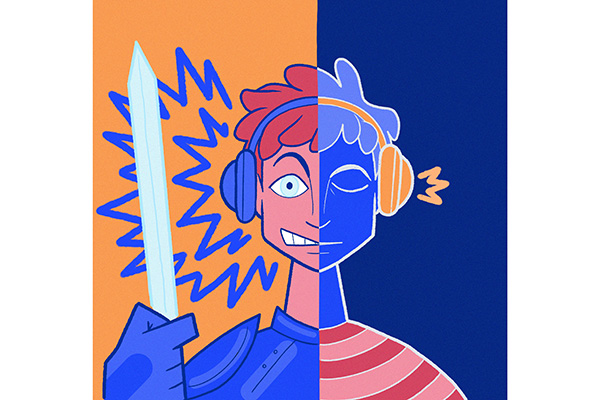 People watch films such as “Guardians of the Galaxy” or “Baby Driver,” but few understand how the music impacted their perception of the film.

Though music may often go unnoticed while watching a film, it still impacts how the viewer perceives the work as a whole. James Buhler, a professor in music theory who wrote multiple books on sound design in movies, said films as a medium fail to give insight into the characters’ internal lives, so viewers must rely on observing the characters’ expressions or context.

“Those are kind of nebulous clues,” Buhler said. “So one thing music can do for a film is mark certain elements for our attention.”

Buhler gave the example of music conforming to a character’s face brightening, which gives the audience an indicator of emotional significance.

Musical composition junior Austin Ali said he recognized this effect while composing for his most recent film “Dear Leo.” Throughout the film, Ali said he composed the music to fit the entire theme. Since “Dear Leo” is a coming-of-age story, Ali said he wrote the music with a slower tempo at the beginning and later quickened the tempo to leave the viewer with an uplifting spirit.

“The idea is to start somewhere and end somewhere else but still be the same person,” Ali said.

As a composer, Ali said he tries to give music notes meaning by pairing it with the story portrayed on the screen.

“Your goal as a composer is to put the notes at the same time as the story is changing and try to fake your listener into feeling those emotions as the music is going,” Ali said.

In one scene where the main character has a panic attack and is sobbing, Ali said he put all of the orchestra’s power into this moment of emotional intensity.

“Using the full force of the orchestra at an important moment of the film made it one of my personal moments,” Ali said. “There’s this way that music can grab you and force you to deal with an emotion.”

Radio-television-film junior William Clark  said while watching the movie “Taxi Driver,” he noticed how great the soundtrack was.

Also serving as the music supervisor for “Dear Leo,” Clark said in films, sound is often more important than the image, as the image accounts for half of the experience.

“Even with just the image, the feeling you get comes majority from the sound,” Clark said. “You can have the same image with different music played over, and it’ll give you different feelings depending on what the music is.”

Overall, Buhler said music has a powerful effect on people because it not only gives us information into characters to help establish empathy but can also be used for manipulation.

“It can give us a better sense of a world that is much clearer than our own world is,” Buhler said. “So our own world kind of suffers by comparison in that respect.”