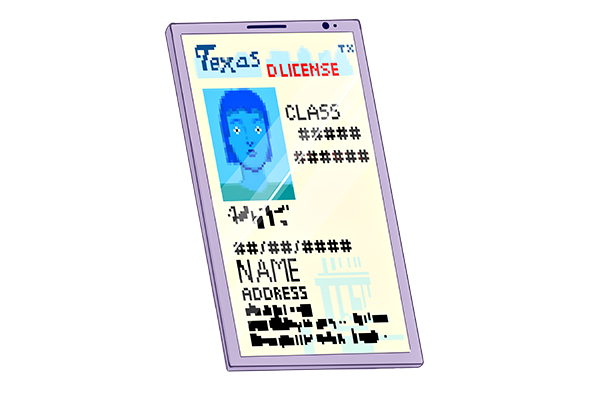 Texas has moved one step closer to launching a pilot program for digital driver’s licenses and personal identification certificates after the House of Representatives voted in favor of the program by a wide margin.

Of the lower chamber’s 150 members, 147 voted for House Bill 181, which seeks to follow the lead of states, such as Colorado and Maryland, that have already approved pilot programs for digital IDs. Authored by state Rep. Terry Canales, D-Edinburg, HB 181 instructs the Department of Public Safety to create a smartphone application where the digital ID could be accessed and tested by focus groups and law enforcement.

But he also said he had no intention of replacing physical copies of state-issued IDs any time soon.

“The intention is to have a secondary convenience source that’s not necessarily replacing the physical card,” Canales told the Texan  in November. “Nothing about the bill or the idea of a digital license is meant to replace the original. It’s meant to give users an option if they would like it.”

Although HB 181 has successfully passed the House, it still needs to pass the Texas Senate before it can become law. A companion bill — an identical or near-identical copy of legislation proposed in the opposite chamber — was introduced in the Senate by state Sen. José Menéndez, D-San Antonio.

Susan Nold, the director of UT’s Annette Strauss Institute for Civic Life, said companion bills can be introduced in order to speed up a bill’s journey to the governor’s desk.

“A companion bill can reduce the time that it takes to pass a bill that already has generally widespread support, but I don’t think it is alone evidence that a bill is any more likely to pass,” Nold said.

Maya Patel, TX Votes vice president, said she saw digital IDs as an opportunity to make it easier for students to vote, though she was not confident the new ID forms would be accepted at the polls.

“If it is actually implemented and is accepted (for voting), it would be great because there are so many people that I’ve heard of who were like, ‘Oh, I want to vote but I forgot my ID,’” chemistry junior Patel said. “Things happen, people lose their wallets, you lose your ID. So having a digital ID, not only for voting but just in general on phone would be so useful.”

However, Patel said security concerns could prevent digital IDs from being considered an acceptable form of voter ID.

“I think you will see a lot of pushback from either people on the election committee or the Secretary of State or election officials in general who feel like it would compromise the security of elections,” Patel said.