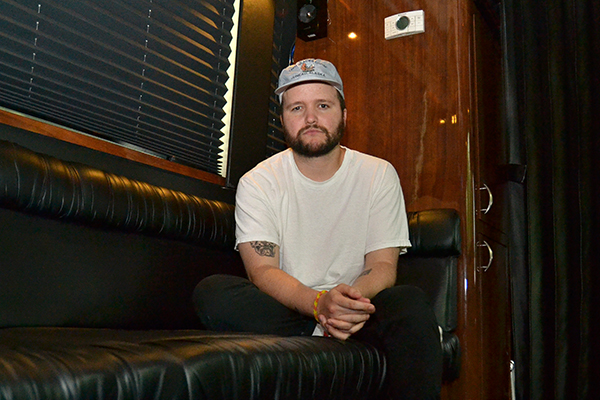 Detroit native Quinn XCII packed Stubb’s Bar-B-Q on April 17 for the final show of his 2019 tour “From Tour With Love.” After graduating from Michigan State University, Quinn was signed to Visionary Music Group, joining the likes of hit-makers Jon Bellion and Logic. The 30-city North American tour promoted his second studio album, From Michigan With Love.

While openers Christian French and Ashe occupied the crowd, Quinn XCII spoke with The Daily Texan about his writing process, collaborations and how he defines success.

Daily Texan: What was it like to leave college and right away start making music? Did you ever think it wouldn’t work out?

Quinn XCII: I got my degree from college, but I was always tempted to stop because I knew in the back of my mind I was never going to use it for a career or job. I also wanted to make my parents happy because they were paying my tuition. The least I can do is get my degree and then pursue music afterwards, that was my mindset. I was very confident in music. Even though I was a bad student, I always knew music was something I was good at.

DT: Your sound is very unique, but who would you compare yourself to?

QX: I would say I could compare my stuff to Jon Bellion in terms of the way we both interpret music and blend genres together. I’ve gotten comparisons vocally to Chance the Rapper or Adam Levine, a lot of people. I like that I can’t really compare it to too many people because there’s some sort of uniqueness to that.

DT: You’re engaged now. How do you think your music has changed from that? Do you think it will continue to change after you’re married?

QX: It’s changed in a way, I’ve gotten much smarter as a songwriter. I’m also able to talk about more cheesy subjects, like I can write love songs, I have a fascination with love songs. I’m very fortunate to be in a position where I have a stable relationship, but I also don’t want my situation in life to compromise some of the things I had been doing and talking about. I’m definitely not going to be a corny love song artist now just because I’m getting married. I’ve matured more, and I think by living more you experience things, you become more mature and that just naturally funnels into the music.

DT: Have you or do you ever think there will be a moment where you can say ‘I made it’?

QX: I don’t think I ever will, mainly because I don’t like that term. I feel like success is a very subjective term. To me, success is doing what you love and getting paid for it. In a weird way, I’d say I’m successful in that sense. I don’t think I’m ever going to wake up one day and say, ‘I made it,’ because I’m always going to strive for things and never be fully satisfied, but I like that because it keeps me going and keeps me motivated. If you feel like you made it, that’s almost a bad thing because it might make you less motivated. I always want something to chase.