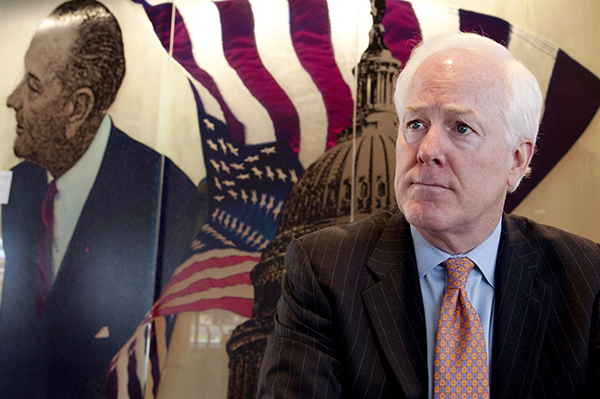 A previously unknown candidate, Hegar drew attention from national Democrats after her viral campaign video describing her time as a pilot in Afghanistan and her later battle against the Pentagon’s ban on women from serving ground combat positions. Hegar lost her 2018 midterm race by less than three points to Republican Congressman John Carter.

“I didn’t win (my last) election, but we won something much bigger,” Hegar said in a three-minute ad on Twitter. “We didn’t just close the gap in my district by almost 20 points — we helped change the status quo.”

Despite Hegar’s November loss, Josh Blank, the manager of polling and research at the Texas Politics Project, said Hegar will still be a strong candidate, because she already has some name recognition and a fundraising and campaign base.

“The reality is that the Democrats don’t win a lot of offices,” Blank said. “The bigger problem the Democrats have faced in previous election cycles is they’ve had candidates run races, lose and then not run again … Running for an office again, any office, is a benefit to Democrats.”

Last month, a member of four-term Democratic Congressman Joaquin Castro’s campaign team said he is “seriously considering” a run against Cornyn, and Castro himself said last week that he would make a decision soon.

“She brings a ton of great qualities to the race and will provide a unique perspective that all of us ought to take seriously — especially Washington John Cornyn,” Castro political adviser Matthew Jones said in a statement Tuesday morning.

Toward the end of Tuesday’s video, Hegar directly referenced Cornyn, calling him the “tall guy” behind Republican Senate Majority Leader Mitch McConnell in every press conference.

“He calls himself Big John, but he shrinks out of the way while Mitch McConnell gets in the way of anything actually getting done in our government,” Hegar said. “Weakness, partisanship, gridlock — those are not Texas values, John. But maybe you’ve been in Washington so long that you’ve forgotten that.”

Cornyn has been in the Senate since 2002 and is the second-highest ranking Republican in the chamber. Republicans were quick to release statements
knocking Hegar.