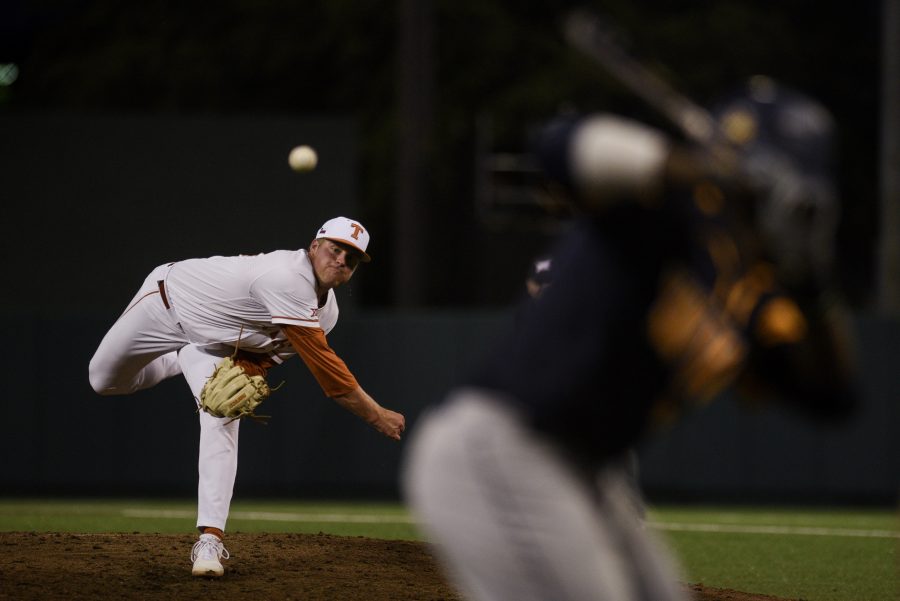 Texas cannot seem to find its footing at home.

The Longhorns’ losing streak continued Saturday as they suffered a 9-8 loss against West Virginia after a two-run ninth inning by the Mountaineers. This is Texas’ sixth consecutive loss, going back to last weekend’s series in Stillwater.

“This loss is about us, not West Virginia,” Texas head coach David Pierce said. “I thought we handed them the ball game, and until we understand it's about us getting much better and maturing when things matter … (I’m) really proud of our offense, really proud of our fight, but we’re just not a very good team right now, and the key for us is to see if we’ve got the ability to get better.”

Similar to Friday night’s game against the Mountaineers, Texas held the lead going into the eighth inning. In fact, Texas had been the better team all afternoon, with 10 hits and two home runs against West Virginia’s six hits. However, WVU slowly chipped away at the 8-6 deficit in the eighth inning and ultimately defeated the Longhorns after bringing home two runs in the ninth.

“Our guys, their effort is right. We’re just not doing enough good things against really quality teams,” Pierce said. “The Big 12 is a hell of a league right now, and top to bottom they’re very good.”

The Longhorns had back-to-back home runs in the fifth inning after trailing West Virginia 5-2. Shortstop Masen Hibbeler answered with a home run into left field just before first baseman Zach Zubia quickly followed with a two-run homer that tied the score at 5 runs apiece.

West Virginia took the lead again briefly in the sixth inning with a run, but the Longhorns quickly answered in the seventh with three runs of their own.

Yet, their moments of brilliance were quickly overshadowed by their inability to stop West Virginia in the latter innings of Saturday’s game.

Despite Saturday’s outcome, Zubia feels the Longhorns did a lot of right and are close to finding their stride again.

“I mean, we look back at the games this weekend thus far, and it’s one or two things here or there that are game changers,” Zubia said. “So, if you change those one or two things, then the outcome is totally different. So I think just going in, just understand that it’s not like we’re playing horrible against them. I think we’ve played pretty good up until this point.”

With the inability to win the series now, a 24–21 overall record and a 5–11 Big 12 record, the season is quickly coming to a close for the Longhorns and postseason play seems to be slipping away quickly. However, Zubia remains positive about Sunday’s series closer against the Mountaineers.

“I think you just got to keep up showing every day and understand that baseball is a game of failure,” Zubia said. “You’re going to come out and some days things aren’t going to go your way and (you) just keep on playing, keep on grinding through it. I think with our guys, it's gonna be as simple as showing up tomorrow. The sun's gonna come up. Understand that (we need to be) ready to go tomorrow.”