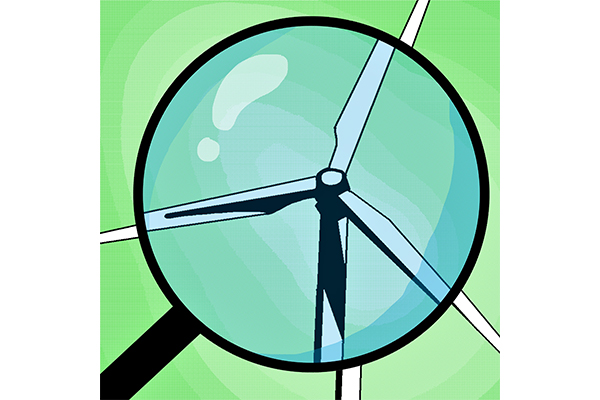 Subsidies for wind energy are up in the air at the Texas State Capitol.

Both Senate Bill 2232 and House Bill 2908 have been proposed to commission studies to scrutinize government subsidies for wind energy in Texas’ electric grid.

Senator Kelly Hancock, R-North Richland Hills, authored the Senate bill and said the Public Utility Commission will use the studies to identify potential actions to mitigate the impact of renewable subsidies on the electric grid.

The bills were motivated by the appearance of negative pricing in the electric grid, which is largely managed by the Energy Reliability Council of Texas. Wind energy does not necessitate costs for additional materials like coal and natural gas, unlike fossil fuel energy, which causes negative pricing in wind energy. Subsidies known as “production tax credits,” which make wind energy a cheaper and more competitive option for the electric grid than fossil fuels, also contribute to negative pricing, said Beth Garza, the independent market monitor for ERCOT.

“The production tax credit drives the prices of wind down so low artificially that it can be below zero, so they actually end up paying people to take their power,” said Cutter González, policy analyst at the Texas Public Policy Foundation, a conservative think tank based in Austin. “The problem with that is (fossil fuel energy generators) don’t have the … incentive to build out.”

This could pose risks of energy shortages during summer afternoons, which are peak electricity usage times.

“That is the time when the wind is least likely to be producing,” Garza said. “But every other type of machinery that produces electricity is affected by random events that affect its ability to produce.”

Opponents of the bill claim the bill unfairly scrutinizes wind and solar energy.

“Starting any study presuming the outcome is not a good way of going forward,” said Joshua Rhodes, a research associate at UT’s Energy Institute. “If we’re going to go in presuming (renewable) subsidies are bad, then I don’t think the studies are very helpful.”

Looking at only wind and solar subsidies without a broader view of the energy subsidies in the entire market in Texas does not give the full picture of their effects, Rhodes said.

“If you are going to study one, you should study them all,” said Jeff Clark, president of the Advanced Power Alliance.

“If you’re trying to pin negative prices on production tax credits for wind, the argument gets fairly weak,” Garza said.

SB 2232 has passed the Senate and been referred to a House committee, while HB 2908 has not yet been heard on the House floor.