UTxYou is critical movement in ensuring all voices heard 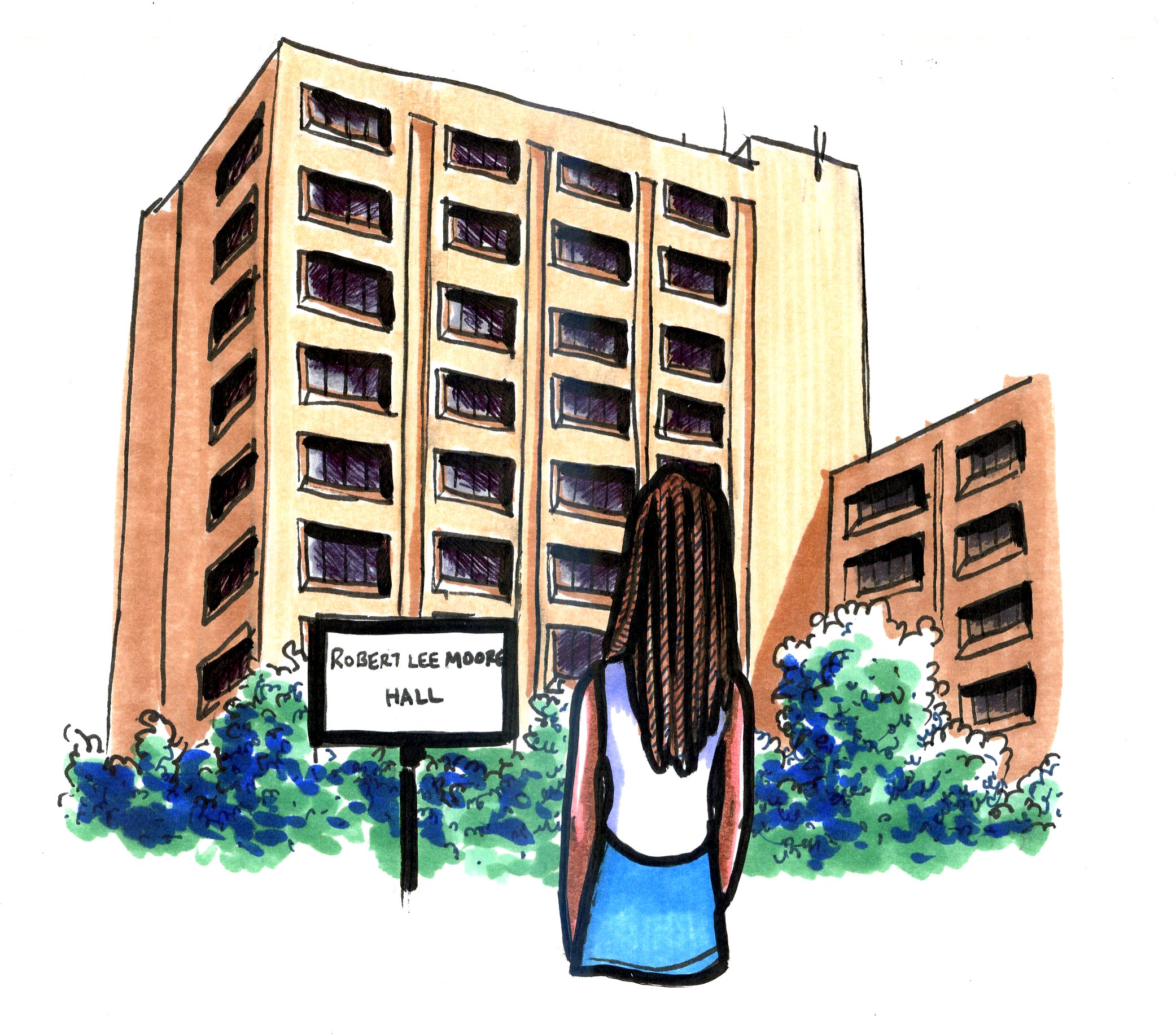 It is a very human to desire to make your impression last. This is obvious from monarchs to endowments — mankind lives to leave a legacy. The question of whether it is worth honoring is at the forefront of conversations on our campus as well as prestigious universities nationwide. What is worth honoring is subjective, thus the question of whether to rename or remove memorabilia looms large. Also close at hand is an intangible message that challenges the mindset and the validity of underrepresented and minority students. Does the University want us here?

This question is relevant especially among students having to attend those classes and their friends who make an effort to bear the emotional weight of it all. Camron and Amie had to cross this mental barrier when making the decision to file for candidacy. Where we are, when meaningful representation occurs, good things happen. Our newly elected student body president Camron Goodman and vice president Amie Jean pioneered a movement on our campus earlier this semester that invited collaboration, representation and a celebration of individual identities within a common cause. Their campaign, ‘UT led by You’ spread the idea that every student can achieve what they’ve set out to do on campus. Regardless of their background or any disposition, their voices could be heard.

When Amie and Camron first approached me about joining their campaign team as the communications director, I was ecstatic. Two black students, for the first time in UT’s history, could potentially fulfill the highest office for students on our campus. Undertaking this in the face of a vast history of racism is courageous. That is perhaps the quality of the student who achieves in the face of hate. Courage to walk into classes where you don’t feel welcome and sit down at a seat you made for yourself is brave, and it is telling of one’s heart.

Our team sought to consider this narrative when campaigning. How could we create an inclusive platform that represented the student body, resonated with our communities and didn’t exploit us or our identities in the process?

There are a few points to be made about representation, what it means and why it matters, but the first — and probably most important — point is that more people should understand that the idea of inclusive representation itself is simple. Including student voices could be simple, but it’s the actual implementation that is hard to achieve. It takes vulnerability and a willingness to provide a space in which we can speak our truth that can be hard to achieve.

Words like diversity and inclusion have become trademarked checkboxes for universities and employers everywhere to flash like a shiny token of achievement. There are computer algorithms that calculate scientific representative measures, and scholars have spent a lifetime researching how and when representation is beneficial. But Camron and Amie asked themselves two critical questions — what do we stand for and how can we meaningfully represent our peers?

When you include representative and inclusive rhetoric in your campaign, people show up and show out. We know this because it worked for us. We ran a campaign that was not identity-facing for a few reasons. For one, we all agreed that Camron, Amie’s and my own blackness was too sacred to become a label. Arguments regarding renaming and other topics place students who may not be ready to endure the emotional weight of the conversation at the forefront. UTxYou, represented by Amie and Camron, sought to represent every student and it is a fact that some students disagree with each other. Agreeing to disagree kindly and walking away intellectually invigorated is muffled when the conversations present polarities and deep emotions. It is when students take on the opportunity and face this front when conversations begin.

An overwhelming majority of the students who did vote, voted for Camron and Amie. They are living and breathing truth that there is power in understanding the wants and needs of your peers not by assuming or by telling them what to want, but by speaking your own truth and then by passing the microphone and simply asking, “What about you?” The University has come to a point where students aren’t waiting for the microphone to be handed to them and at moments will vocalize and even amplify their truth, be it via social media or demonstrations on campus. Until we hear an answer from administration, some students will not rest. We have the numbers to some degree, now what does it take to sustain and drive inclusive factors? To our chagrin, large subjects such as this remain a question. For students, does their future on the Forty Acres remain a question? Are they utilizing resources and communities present on campus for solace, even if marginally effective? We hope to facilitate a student government who is ready to listen.

We had people reach out to us about the campaign from all over campus and from all over Texas, including incoming UT students who had never stepped foot on campus before but were excited by our message, and two candidates of color running for office at the University of North Texas (who also won their election). We are encouraging meaningful representation on the premise of fair and mighty efforts to amplify voice, and that itself is the power and beauty of representation. It’s about so much more than tokenizing or speaking on behalf of your counterparts. Finding a way to meaningfully include all student voices — voices of color, marginalized communities and underrepresented bodies — is far more important than speaking on behalf of anyone. Before even interacting with audiences outside of the UT sphere, our campaign team had coined within our conversations the phrase “It’s a movement.” Representation is about empowerment.

You can’t represent everyone at all times, but you can pull open the curtains, help your peers onto the stage, pass them the microphone and then look up at them as they speak their truth. Student government will have a response, as each student and individual will also. As they work towards their cause, the University administration will have the final say. What will be done and how long it will take will remain unknown. Not knowing is perhaps an opportunity to seek to understand.

Briddell is a communications junior from El Paso. Jean is a finance senior from Houston.