Vampire Weekend’s Father of the Bride examines state of the world, religion 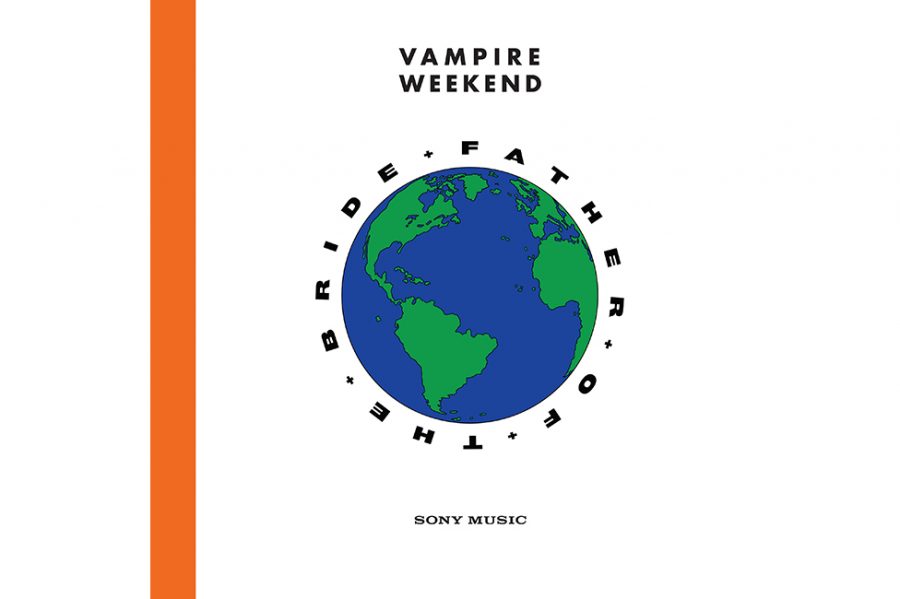 In a world of imperfection, Vampire Weekend’s Father of the Bride looks at society’s demise through exploration of religious aspects and musical experimentation.

Before rising to fame, Vampire Weekend began as four college students — lead vocalist and guitarist Ezra Koenig, multi-instrumentalist Rostam Batmanglij, bassist Chris Baio and drummer Chris Tomson — in 2006 at Columbia University. With Friday’s release of Father of the Bride, they continue to bring an alternative spark.

Rather than matching the world’s depravity with more melancholic undertones as portrayed in previous albums, Vampire approaches this album with a sense of renewed brightness. Most of the tracks emanate a cheerful vibe through crisp guitar strumming. Despite the lyrics’ deeper meanings, songs like “Harmony Hall” or “This Life” sound as if they’re beach songs. This contrast between happy music and burdensome lyrics plays a unique role in emphasizing the need for observing the issues surrounding society.

Some tracks reflect older albums, including “Bambina,” “Big Blue” and “We Belong Together” in regards to similar vocals and upbeat or gloomy vibes. However, Vampire explored new musical avenues, from the aggressive, overwhelming jazz in “Sympathy” to the hypnotic and psychedelic Beach Boys vibe in “Flower Moon.” Vampire even went as far to explore syllable tracking, in which they played musical notes on the bass to match their vocals. Vampire has carried old techniques into new horizons with their experimental tracks, showcasing their growth as artists.

More than half of the album includes a reference or hint of religion, portraying how religion impacts their music. For instance, “We Belong Together” includes biblical references including the relationship between Israel and the New Testament church, and the “lions” and “lambs” in the Book of Revelation.

These religious appearances reflect Koenig’s Jewish heritage. By weaving religious themes throughout the album, he’s exploring his Jewish identity. Vampire tackles Jewish history in a couple of the tracks including “Sympathy,” which refers to religious conflict between Judaism and Christianity. The closing track “Jerusalem, New York, Berlin” examines the Jewish faith, following its birth and progression. Listeners come to fully understand the meaning behind the track as Koenig tries to understand his own Jewish American identity alongside his view of the Israeli-Palestinian conflict.

The album also touches on revealing evil in the world as it attempts to uncover the world’s perversion. “Harmony Hall” exemplifies this as it discusses the rise of anti-Semitism in the U.S. Vampire not only looks into the world’s corruption but questions the meaning of it all. While “Unbearably White” plays on the idea of existentialism, “Big Blue” explores what it means to self-identify within nature and its protection.

Despite the positives, Father of the Bride drags along for 18 tracks. Although they fit under an hour, it becomes a bit monotonous listening through the album.

Nevertheless, Father of the Bride never shies away from calling out society’s imperfections. As the world continues to fail people’s expectations of justice, Vampire will continue to respond with music as an attempt to open the eyes of their listeners.

Father of the Bride