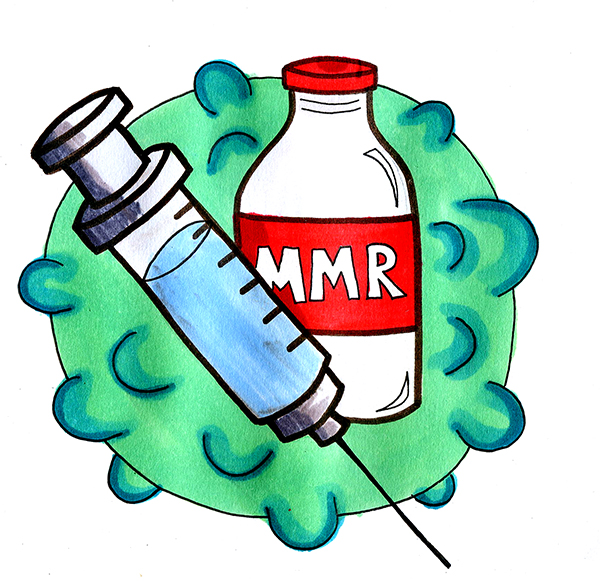 So far this year, 764 individual cases of measles have been confirmed in 23 states, including Texas, according to the Centers for Disease Control and Prevention.

“(It’s) the highest number of cases reported nationwide since the disease was declared eliminated in this country in 2000,” said Alex Azar, secretary of the U.S. Department of Health and Human Services, in a statement.

Currently, UT does not require domestic students to receive the measles-mumps-rubella (MMR) vaccine. UT used to require the MMR vaccination for all incoming students, but due to the CDC declaring the elimination of measles in the US in 2000, many colleges across the country began to reconsider the necessity of requiring the MMR vaccine, said Melinda McMichael, interim executive director of University Health Services. It was around this time that UT decided to
discontinue the requirement, McMichael said.

“It’s a lot of (records) to keep up with,” McMichael said. “Colleges, universities and health services are always trying to be as efficient as possible with student money.”

According to population health professor William Tierney, this may put UT students at risk.

“I have always been a proponent for vaccinations,” Tierney said. “It’s the most cost-effective thing we do to prevent illness. It is actually not good public health policy for an organization like UT, which has more than 50,000 students on campus, to set up an environment where they can make each other sick.”

According to the CDC, an increase in measles cases can occur due to people contracting the virus abroad and bringing it back to the U.S. and causing “further spread of measles in U.S. communities with pockets of unvaccinated people.” In July, Austin was named one of 14 “anti-vaccine ‘hotspots’” by the Public Library of Science, a medicine publisher and advocacy organization.

“If I walk through a room and I have measles, for the next 24 hours if you put 10 people in that room who have not be vaccinated, nine of them will get measles,” Tierney said. “It’s very contagious.”

McMichael said it is likely that in response to the increased number of measles outbreaks, many colleges that do not require the MMR vaccine may begin to discuss the possibility of requiring it again. McMichael did not specify whether UT would be among them.

“I think vaccinations are recommended for good reason,” McMichael said. “They work. They prevent some serious infectious diseases.”