The Daily Texan • May 8, 2019 • https://thedailytexan.com/2019/05/08/instituting-pronoun-policy-would-promote-acceptance-benefit-students/ 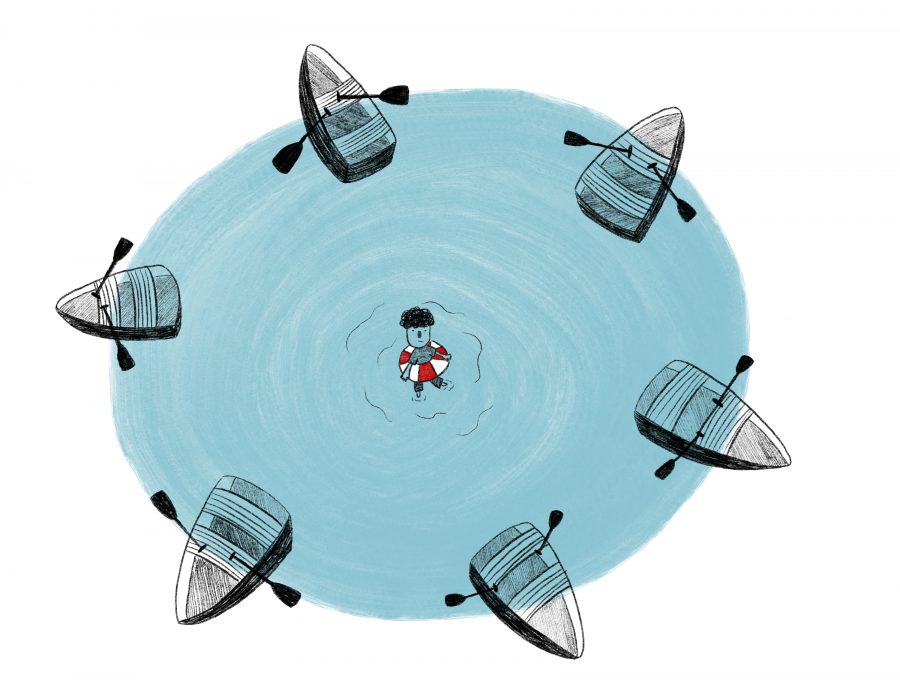 Your professor is calling out names for attendance. You wait with a culminating sense of dread. The professor calls out what they think is your name. You cringe inwardly and raise your hand. Your professor, looking at the attendance sheet, ignores you. The student beside you, trying to help, calls out, “She has a question.” Your stomach twists. That’s not right either. Your professor looks up and students turn. All eyes are on you. You lower your hand. “Never mind.”

UT has a diverse student body. Students at UT may identify as transgender, nonbinary, gender non-conforming or in other ways that do not fall within the strict male/female binary. These students might not use the name that’s listed in UT’s official student registry and they may not use pronouns that match the sex marker listed.

Thus, what may seem like an ordinary roll call can be stressful and uncomfortable for students who do not identify with the information the official UT record lists. If students want professors to use their correct name and pronouns, they often have to correct their professor. In the bustle of classes, students may not have the opportunity to speak privately with their professor or even feel comfortable doing so.

In order to create an inclusive environment for all students, UT needs a system that allows students to inform their professor and peers of their pronouns without drawing unwanted attention or alienation.

Sanders said while they wish professors and students would take their correction in stride, correcting pronouns often leads to intrusive questions, unwanted attention and even mockery from other students.

“One time when I was working on campus in the summer, one of my coworkers was talking about the (write-in) pronoun option on a form, and he was making fun of it saying it was ridiculous,” Sanders said. “I don’t trust cis(gender) people to have the right reaction when I correct them.”

Sanders said instances such as these make them hesitant to correct others and single themselves out.

There are several ways students could indicate their pronouns to their professors. Many small- to medium-sized classes include an icebreaker at the beginning, allowing students to say their name and major.

“I always try to ask students for their pronouns in my gender studies classes,” lecturer Susan Somers-Willett said. “Often, the rosters that we receive do include a gender marker, but there’s only two markers, and that doesn’t honor the full range of gender identity across our student population.”

Somers-Willett said that while an icebreaker may work for a smaller class, it’s harder to accommodate larger groups. However, professors with larger classes could ask students to write their pronouns down on a sign-in sheet or when filling out a survey in Canvas.

“I really support asking for pronouns, and I go by cis(gender) pronouns,” said Claire Eckardt, a human development and family science freshman. “Regardless of how I or others identify, I think that every student deserves to feel safe on campus and included.”

Adopting a policy that requires all students to share their pronouns will ensure students don’t feel alienated from their peers.

“Anything less than a policy for everybody is going to single trans people out and make it weird for them,” radio-television-film junior Alison Richman said.

Asking students to share their pronouns gives them the freedom to comfortably express their identities.

“I think it’d be a good blanket policy, so we as faculty don’t assume who our students are,” Somers-Willett said.

Professors asking students for their pronouns would make campus classrooms safer, more accepting and more inclusive for students of all genders and gender expressions.