The Daily Texan • May 8, 2019 • https://thedailytexan.com/2019/05/08/ut-san-antonio-launches-respectful-speech-initiative-to-preserve-free-speech-respectful/ 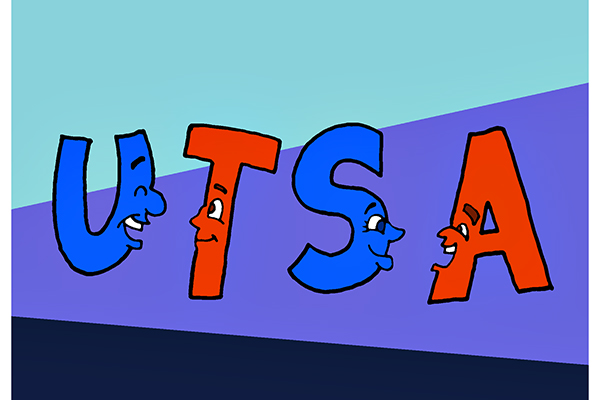 UT-San Antonio launched an initiative last week to teach students how to engage in disagreements respectfully.

“Free speech and respectful discourse are completely consistent and important values of society and the University,” UT System Chancellor James Milliken said in a statement.

The Respectful Discourse initiative promotes productive dialogue between students at UTSA by incorporating education on engagement and debate into current curricula, inviting guest speakers and training faculty in respectful discourse. The initiative was announced a day after the Texas House of Representatives passed House Bill 2100 aimed at protecting all forms of speech and expression on college campuses. Students can expect implementation by fall 2019.

“One of the reasons universities are around is to address big, stinky problems in society and teach the next generation on how to do things,” said UTSA dean of libraries Dean Hendrix, who chairs the steering committee. “You have to place emphasis on this, because the students who will be able to have conversations with people who disagree with them in the future will be better off than people who run off of pure emotion.”

The initiative’s website lists examples of respectful discourse, such as “(Avoiding) escalation to verbal, emotional or physical harm” and “(Assuming) a need to compromise and a willingness to do so.” Hendrix said it is designed to give students the tools to debate, but he is not concerned with the content of their arguments.

“It’s not going to be issue-oriented. It’s much more meta, much more philosophical,” Hendrix said. “What we’re tackling is, can you come to the table in good faith? … Are you willing to change your mind? That’s good faith.”

Hendrix said one reason the initiative was launched was to supplement students’ online experience with face-to-face conversations to help them disagree respectfully. He said traditionally-aged college students who grow up with social media can become “keyboard warriors,” unwilling to compromise.

“When you’re in a bubble online and you’re spending what the average American spends online … adding discourse into that is threatening because you’re safe in the bubble,” Hendrix said. “That ends up having a lot of downstream consequences for our public square.”

“We are unable to speculate about future programs and can only speak to our current services,” Bakre said in an email.

UTSA is currently rated yellow on the Foundation for Individual Rights in Education’s website, which monitors individual rights and free speech at American colleges. This means they have at least one speech code policy that is too ambiguous.

Laura Beltz, the foundation’s policy reform program officer, said the new initiative’s encouragement of productive disagreement is a step in the right direction, but UTSA should still protect disrespectful speech. The initiative is not a policy or rule, so it would not affect the school’s FIRE rating, Beltz said.

“A lot of times, protests or things like that, demonstrations on campus, they aren’t going to be civil or respectful,” Beltz said. “Sometimes things can get heated, so it’s good to remind students maybe being respectful is the best rhetorical tool that you can use, but that doesn’t necessarily mean that speech that is disrespectful speech isn’t protected.”