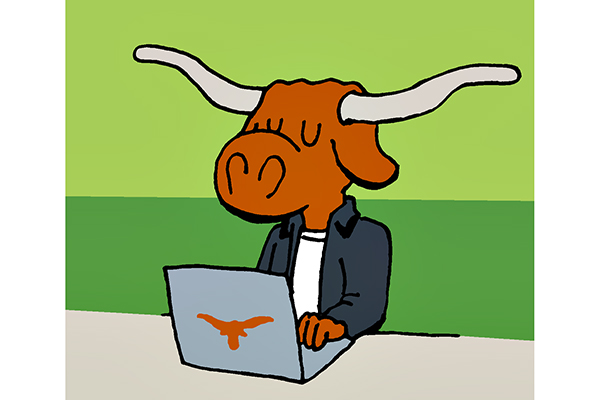 A year after Max Scheffer started a blog to document his travels during a gap year, he shifted his focus to create a different blog — discussing his struggle with his bisexuality and religious beliefs.

Whether to share travel stories or personal experiences, blogging is used to share messages covering a range of topics. While the subjects are diverse, motivations for creating a blog can be just as varied. The experiences and results of blogging take on many different forms for those who choose to create an online record of their life.

Scheffer, an English sophomore, created his personal blog in December 2018 to voice personal experiences and share a message that could resonate with others.

“The very first blog I wrote was centered on sexuality and religion, and that was like a coming out blog,” Scheffer said. “It was important for me to post that blog to kind of catch people up on my life, because I was at a very different place.”

Scheffer said he doesn’t have an agenda with his blog but would rather honestly and freely share his story with others.

“Part of it was for me originality — that freedom of being honest with the world,” Scheffer said. “I also think that there’s so many people who can resonate with that and be brought their own freedom by you being honest with your own story.”

Sabrina LeBoeuf, a journalism and radio-television-film sophomore, has been blogging since 2012. She said her blog has grown up along with her.

“I don’t know if there’s an endgame with my blog,” said LeBoeuf. “But my goal with it is to grow both in my confidence level and as a writer. Sharing your experiences with the other people, especially in the digital age, can help you feel not so alone and so lost.”

Emily Aguiar, a sophomore in the master in professional accounting program, said she started her blog in August 2017 before coming to UT to discuss empowering women professionally and personally.

“I had a lot of thoughts bouncing around my head, so I figured instead of talking to my friends about it, I would make it to where I could explain myself and get better insight,” Aguiar said.

Blogging, Aguiar said, has given her a sense of accomplishment and self-reflection. She said it can do the same for others.