With over 600 interviews, UT researchers evaluate impact of Texas legislation on abortion care 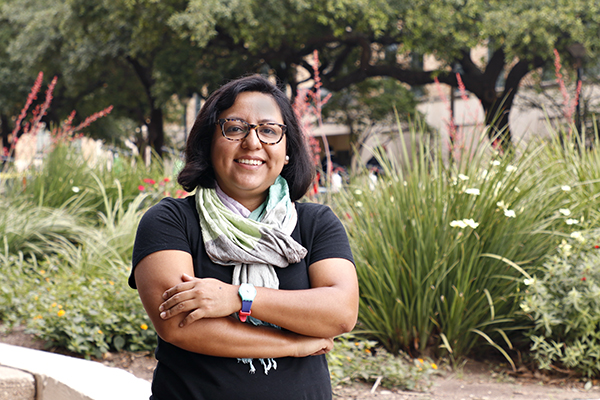 For nine months, UT researcher Elsa Vizcarra drove to a dozen clinics throughout Texas to interview around 600 women about their experiences seeking an abortion.

The interviews will be used to study how Texas legislation has affected abortion access, said Vizcarra, the study coordinator at the Texas Policy Evaluation Project, which evaluates the impact of Texas legislation on women’s reproductive health. She said most women were open to the personal questioning on their experience finding a clinic, accessing care and paying for their procedure.

“They understood the importance of showing how these regulations affect their abortion care,” Vizcarra said in an email.

Texas law mandates women can get only get an abortion after they have visited their provider for a consultation visit — which includes an ultrasound — and waited for at least 24 hours after the consultation. Vizcarra said wait time was one of the main burdens for many of the women she interviewed.

“Often times, this delays their procedure,” Vizcarra said. “It means more time off from work, additional arrangements for childcare (and) more financial burdens.”

The women Vizcarra interviewed also struggled with travel to abortion clinics. About 900,000 reproductive-age women in Texas live more than 150 miles from an abortion clinic, according to the American Civil Liberties Union of Texas. Vizcarra said some of the women she interviewed traveled well over 200 miles.

Vizcarra said women often had to deal with protesters who camped out in front of clinics to hand them pamphlets or rosaries.

“Hearing about all the difficulties that women were facing just made me more resolved to work and try to gather their experiences as faithfully as I could,” Vizcarra said.

Joseph Potter, a lead investigator at the Texas Policy Evaluation Project, said in an email the research team plans to relay their findings in academic journals and likely to Texas lawmakers.

“We disseminate our findings widely,” Potter said, “We occasionally testify on bills we have relevant research for, and we publish research briefs and fact sheets for interested policymakers, educators and advocates.”

Government senior Tatiana Guevara, who compiled research for proposed bills as a legislative intern at the Texas House of Representatives, said Vizcarra’s research is an “incredible” nonbiased study that is useful for policy crafting.

“It’s work that needs to be done by a researcher of her caliber because a politician is not going to go out and do that,” Guevara said.