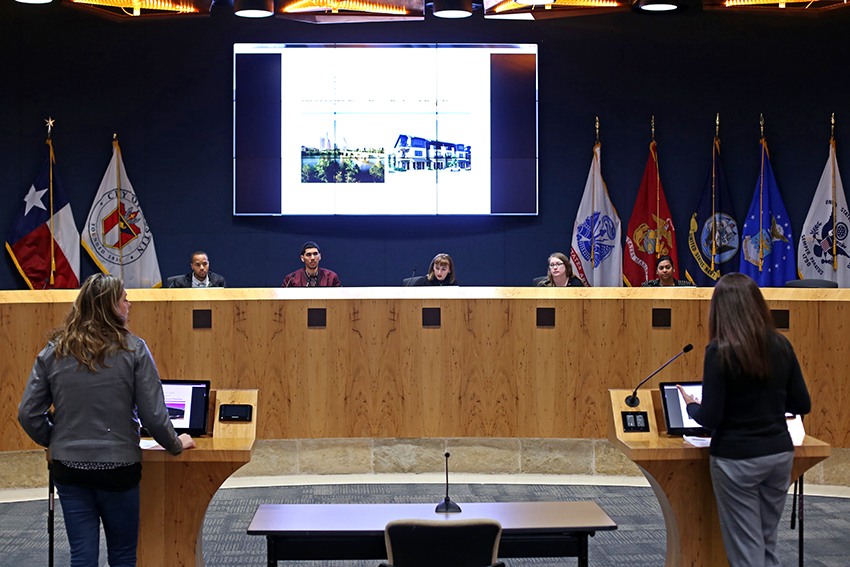 Item 45 is a draft ordinance that would repeal City policies prohibiting anyone from sitting, lying down or camping in public. Instead, the so-called “no sit/no lie” rules would only become applicable in dangerous or disruptive circumstances. The ordinance would also revise laws preventing panhandling between 7 p.m. and 7 a.m.

But some members of the UT community and the UT Police Department say such measures may be counterproductive to the safety of students both on and off campus.

“It is imperative that Austin Police have the ability to address chaos and uncivil behavior in areas that affect UT-Austin, whether west of campus or downtown,” UTPD Chief David Carter said in a statement. “Removing (these) mechanisms would run counter to our efforts to build a safer community for UT students, business owners bordering our campus and City of Austin residents.”

Carter said while the City of Austin does need to be held accountable for helping those in need, it must also protect residents and students who may feel unsafe due to aggressive solicitation. Carter said first responders should not have to wait for dangerous circumstances before taking protective measures.

James Richardson, member of the nonprofit organization SafeHorns, said the ordinance would lessen the safety of UT students.

“Should this ordinance pass, there will be unconscionable repercussions for students living at and around UT,” UT law student Richardson said.

In a statement to the Public Safety Commission, Richardson said the ordinance would have vast consequences for UT students, and a “safe zone” policy should be put in place for areas surrounding campus, such as West Campus. This policy would call for a greater police presence, allow for non-loitering policies and increase lighting in off-campus areas.

In addition to the proposed ordinance, other measures have been taken to improve the quality of life for Austin’s homeless population. During the June 6 meeting, council members voted to move forward with the creation of a new emergency homeless shelter.

“The minute someone steps in the door in a shelter, they are immediately working with someone … to help them find a permanent housing solution,” council member Ann Kitchen said during the meeting. “The problem is, the (Austin Resource Center for the Homeless) became a place where you went in for a night, and then you had to leave. It was very difficult to get back in. It set up an environment of just hanging out.”

The proposed shelter will follow the City’s housing first policy, which places a premium on a quicker transition to independent housing. The new emergency housing will have 100 beds and will focus on housing single men and women rather than families. The Austin Resource Center for the Homeless will also undergo changes to promote more rapid transitions into permanent housing.

Council members will vote on Item 45 at the June 20 council meeting.