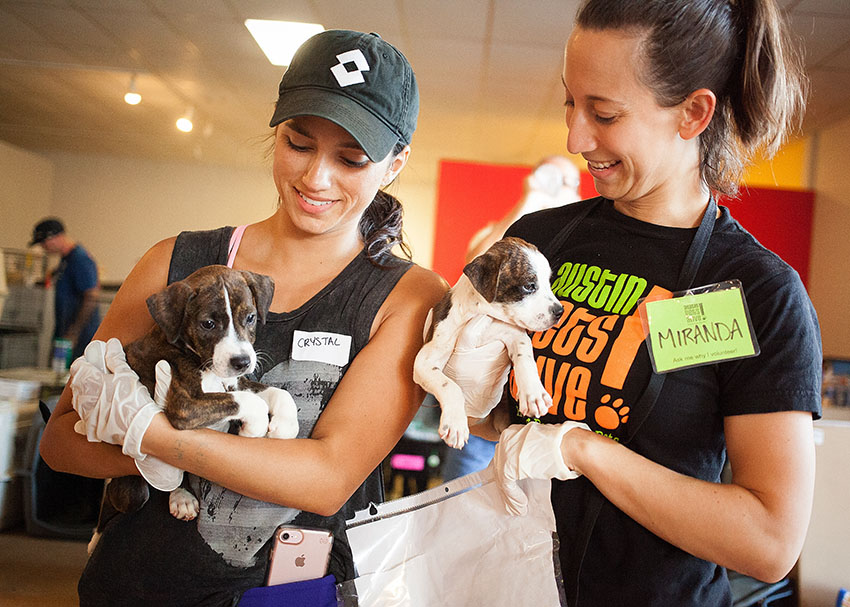 The Austin Pets Alive! animal shelter will be working extra hard ahead of the Fourth of July to accommodate animals that are frightened by fireworks.

To prepare for the loud holiday, APA has been teaching its volunteers and employees tactics to help animals that become anxious.

APA employee Maria Paz said the APA staff has methods to help animals scared by fireworks, such as having volunteers sit with them. According to a 2015 study conducted by the Norwegian University of Life Sciences, certain breeds of dogs may be more likely to show signs of fear and anxiety during fireworks than others.

“If (dogs) need that extra company or a type of medicine for this specific situation, we will do that so that they can feel safe,” Paz said.

Volunteers will be altering their routines in order to provide extra care to scared animals, including walking dogs earlier than usual and then taking them back to a quieter room where classical music will be playing.

For pet owners outside of the shelter, APA volunteer Saylor Hinthorn recommends surrounding anxious animals with their favorite treats and toys and moving fireworks away from homes.

“I feel awful thinking about animals who are frightened by fireworks,” Hinthorn said. “Most cats and dogs at APA went through a lot of trauma prior to being rescued. They still experience these fears from time to time, so it is important to keep them comfortable.”

Undergraduate studies sophomore Adriana Castro said she adopted her dog from APA and received helpful tips from the staff for comforting him during the holiday, such as keeping him in a room away from windows during fireworks displays.

“My dog is such a big part of my life and brings us so much happiness,” Castro said. “I owe him that extra effort for a few nights.”

It is important for people to consider the long-term responsibility of having a pet before adopting an animal, especially around the Fourth of July, Castro said.

“Around holidays like this, those animals deserve families that care for them, not give up on them,” Castro said. "APA does a great job taking care of their animals, but a real home would be ideal during this time of year.”