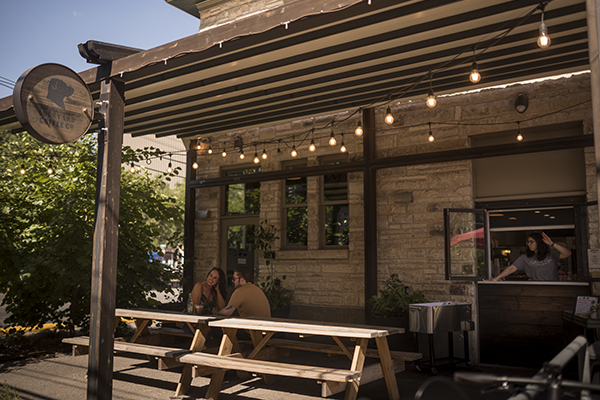 Students living in West Campus who are looking to grab coffee on the way to class this fall will have another option closer to home.

“It’s a great location for us because we have the ability to do our walk-up window as well as walk in it and have a nice beautiful space for students in West Campus to come and study and hang out,” Hutton said. “We will have a full-service espresso bar, all of our bakery goods and breakfast tacos, along with our grab-and-go items such as salads.”

This will be the fifth Lucky Lab to open its doors in Austin after the North Austin location, which just opened earlier this month, Hutton said. Because of the popularity of the Lucky Lab location in Space 24 Twenty near 24th and Guadalupe Streets, Hutton said the new location will accommodate more students.

“I think it’s going to be a great place for students to come together,” Hutton said. “This will also obviously alleviate some of the long lines that are at the other location during finals, during peak times and each day in between classes.”

Aishu Gatiganti, management information systems senior, said while the new location will be close to residents of The Ruckus 2.0 and West Campus, it is not as convenient for those who commute to campus.

“It will be nice for the people who live in the apartment and nearby, but I think a lot of people wouldn’t want to go out into an apartment building to get coffee,” Gatiganti said.

As the finishing touches are being put on the new Lucky Lab, Hutton said students have shared their excitement with her.

“We’ve had a lot of people pop in while we’ve been getting ready to open on Wednesday,” Hutton said. “I think we’re going to have a really good engagement with residents and students, and with the addition of more seating, especially indoors, there will be a lot of good traction from that.”

Exercise science junior Emily Fenton said she first tried Lucky Lab when she visited UT as a prospective student and has been going frequently ever since.

“(Lucky Lab) is just so unique, and I love independent coffee shops,” Fenton said. “There’s a really nice outdoor area, and I go there a lot to study because I hate studying in libraries.”

Fenton said she plans to start going to the new location in the fall.

“In case there aren’t spots to study at the other location, that’s definitely a good option for me,” Fenton said. “I don’t even know where I’m living senior year, but it definitely makes me want to live there because I love that coffee shop.”