To anticipate the year ahead, look to the past 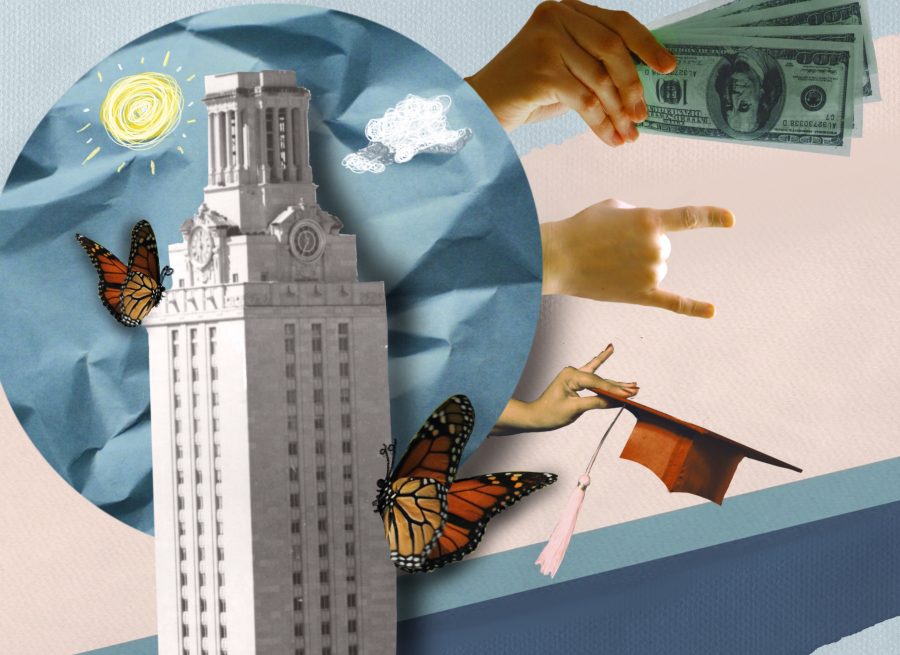 On August 28, the 2019-2020 long session will begin. More than 50,000 Longhorns will return home to campus, each embarking on a year’s worth of individual successes and struggles. Likewise, as a community, we will write a collective narrative of our experience as a student body. As we’ve done before, we can understand some of the challenges we will face as a community this year by looking at the issues we dealt with in the past.

This July, the University announced an expansion of the Texas Advance Commitment, which provides full tuition aid for students whose families earn less than $65,000 annually. Although it won’t be enacted until fall of 2020, over 8,600 students will enjoy free tuition and another 5,700 will see greater tuition aid. In the near future, living and learning at UT-Austin will be at least partially untethered from the looming threat of a lifetime of student loan debt. While we are the only UT System school that will have this luxury, massive hurdles to affordability will continue to exist and grow even after students see its benefits.

Perhaps the greatest of these hurdles is the steadily rising price of housing in Austin. A semester’s worth of rent payments for many students already rivals their semesterly tuition fees — a phenomenon that seems poised to worsen moving forward.

Austin’s City Council has already begun paving the way for a high-cost and high-end development poised to displace thousands from their homes on Riverside, one of the last affordable neighborhoods near Austin’s urban core. The neighborhood, which is home to many UT students, would be simply the next in a long line of many that have been gentrified and made unaffordable, forcing Longhorns and working-class Austinites to relocate, likely much farther away from campus.

When we talked to UT President Gregory Fenves earlier this summer about affordability, he told us that creating more affordable housing for Longhorns was one of the administration’s priorities moving forward. 2400 Nueces, a student apartment in West Campus, was already purchased by the University to be used as student housing beginning next year, though it is unclear how affordable these units will be.

Affordability has dominated discussions among UT’s graduate students as well. Last spring, hundreds of graduate students staged protests over annual stipends that are well below those of other competitive graduate schools and Austin’s high cost of living, as well as the University’s continued failure to cover full graduate student tuition. Although officials have promised one-time monetary aid, a sustainable solution is still more of a dream than a reality.

Of course, these problems only apply if you make it to the Forty Acres in the first place. The nationwide admissions scandal last year, in which former UT men’s tennis coach Michael Center pled guilty to accepting bribes to admit a student under false pretenses, is a reminder that getting into UT can still be more of a matter of your personal wealth than your aptitude.

While affordability looms large in the minds of many Longhorns, it is far from being the only issue facing our campus. As students begin their classes, they will walk into their lecture halls not knowing whether or not their professor has  committed sexual harassment. Last summer, we predicted that the problems surrounding UT’s handling of professor misconduct would not be going away anytime soon. Sadly, we were right.

After the Texan broke news that in 2013 UTLA director Phil Nemy was found to be in violation of University sexual misconduct policy, four more people filed complaints against the professor, who had been kept on staff. Only a few UT administrators knew of Nemy’s misconduct, and as a result of the minimal action taken to punish him, more students were harmed. Until UT truly pursues transparency and adequate response when it comes to professor misconduct, more students stand in harm’s way.

The death of Nicky Cumberland last year also revealed, among other things, a dangerous lack of transparency regarding hazing at UT. Cumberland, who was a member of the Texas Cowboys, became the second member of the organization to die in the last 25 years due to hazing-related activities. As a result, the Cowboys were suspended for six years, though their suspension could end earlier.

The Texas Legislature responded by passing a bill to expand the definition of hazing, allow immunity to students who report it, and force universities to submit reports detailing hazing offenses and repercussions — a welcome solution to a problem that the editorial board addressed last spring.

This upcoming year, we will each write our own narratives. The narratives and struggles of the UT community as a whole, however, will affect us — often personally. Using the past as a reference point, we can harness our power as students to make campus a better, safer and more inclusive space this year.

The editorial board is composed of associate editors Sanika Nayak and Abby Springs and editor-in-chief Spencer Buckner.