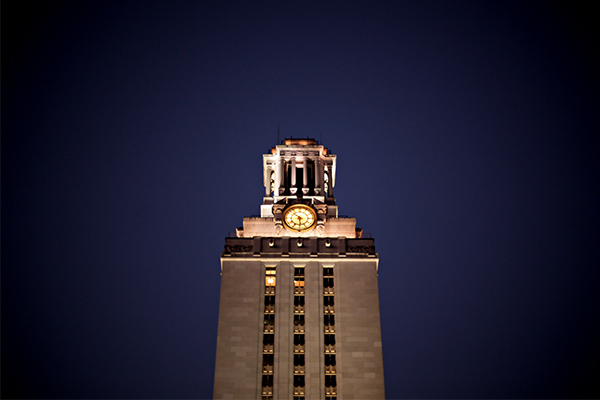 Free speech advocacy nonprofit Speech First Inc. is appealing a federal judge’s decision to dismiss a lawsuit the group filed against the University which claimed it violated students’ rights to free speech on campus.

Speech First originally sued the University in December, naming UT President Gregory Fenves as the defendant. The lawsuit was filed on behalf of three anonymous students who said UT’s verbal harassment policies made them feel they could not express their opinions on certain issues, including abortion and immigration.

In the lawsuit, Speech First claims UT has created an environment to “suppress, punish and deter speech that other students deem ‘offensive,’ ‘biased,’ ‘uncivil,’ or ‘rude’” through speech codes in its Institutional Rules, campus IT policies and the Handbook of Operating Procedures. The suit claims the Campus Climate Response Team, which investigates bias incidents, also contributes to this environment.

U.S. District Judge Lee Yeakel dismissed the suit in early June, ruling that there was not enough evidence to prove anyone’s rights had been violated by campus policies.

“Without any evidence of a credible threat of enforcement of the challenged policies … this court concludes that the students' self-censorship is not based on a well-founded threat of punishment under the University policies that is not 'imaginary or wholly speculative,'" Yeakel wrote in June.

Days after Yeakel’s dismissal, Speech First’s attorneys filed the case with the 5th U.S. Court of Appeals. If the appeals court overturns Yeakel’s decision, Speech First will be able to continue their case against the University. Speech First did not respond to The Daily Texan’s request for comment before publication.

Conservative organizations and think tanks, such as the Independent Women’s Forum and the Cato Institute, have filed supporting joint amicus curiae briefs with the appeals court after the dismissal, claiming students are being punished more often for expressing unpopular opinions.

“College campuses should expand access to the marketplace of ideas, not stifle free speech,” Jennifer Braceras, the director of IWF’s Center for Law & Liberty, said in a statement. “A desire to encourage civility, however laudable, can never justify the enactment of overbroad policies and Orwellian punitive systems that can be used to deter the expression of unpopular political opinions."

University spokesperson J.B. Bird said UT agrees with the dismissal, citing Yeakel’s decision that there was no evidence to support any students had "been disciplined, sanctioned or investigated for their speech."

“While we agree with the judge’s decision, we acknowledge a shared dedication with the plaintiffs to the importance of free speech on university campuses,” Bird said in a statement provided to The Daily Texan. “UT will continue to do all it can to support freedom of expression.”