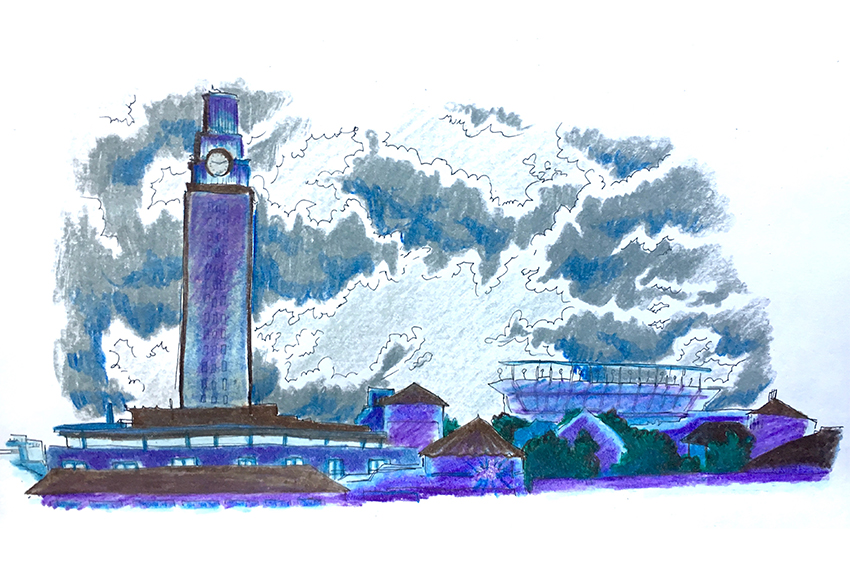 Those were the words of Theophilus Painter, the president of the University at the time. Today, UT has a building on campus bearing his name — Painter Hall.

However, Painter was more that just a racist. He was on the losing side of a Supreme Court case, one that laid the groundwork to desegregate the entire U.S. public school system. Instead of honoring his stain on U.S. history, lets rename his building after one of UT’s most significant students — Heman Sweatt.

“Heman Sweatt was a letter carrier. A mail person,” Edmund T. Gordon, vice provost for diversity said. “He wanted to study law… he was denied admission because he was black. They began running the case, with the help of the NAACP, up through the court system to the point where it reached the Supreme Court… with Thurgood Marshall arguing the case.”

The case, Sweatt v. Painter, was decided unanimously in Sweatt’s favor and against the University. The University of Texas was forced to allow black students into its graduate schools. However, the undergraduate school remained segregated.

“That precedent, with a couple of others, became the basis for the Supreme Court decision in 1954, Brown v. Board of Education, which definitively knocked down Plessy v. Ferguson,” Gordon said.

Despite Sweatt’s immense contribution and sacrifice for civil rights, his name is not memorialized as a building on UT’s main campus. Instead, students of color study in a building named for the man who fought in the country’s highest court to keep them out.

“I feel like renaming the building is one way to make the black student body feel more included and respected in the University environment,” journalism sophomore Angelica Arinze said. “Sometimes I think there’s a difference between remembering history and growing from it.”

UT has renamed buildings named after racists before. Until 2010, Creekside Residence Hall was named after William Simkins, a former Klansman and law professor.

“I don’t see why they can’t do the same for Painter Hall,” Arinze said. “It makes me feel like UT doesn’t really care enough to make sure the black community at UT feels completely respected and included.”

Simkins and Painter would hate the campus of today — both explicitly told black students that they didn’t belong at UT. For students like Arinze, she said it’s hard not to feel like that when those are the names UT chooses to honor.

“UT’s inability and reluctance to make positive, inclusive change to their university’s structures stems from an inability to have a deep conversation about heavily racialized experiences students are having on this campus,” Arinze said.

Replacing Painter’s name with Sweatt’s would not be erasing history — it would serve as a reminder of the shame of our past as well as a celebration of the black students on our campus today. However, UT won’t make changes without student pressure and efforts to make their voices heard.

“If students are really committed to something like that, I find it hard to believe that the University… would ignore them forever,” said Gordon.  “But if they're not, then it's easier for the University to leave those things with the way they are.”

So, let’s keep fighting for a university that reflects our student body. Instead of honoring a man who would have kept UT from progressing, let’s memorialize one who paved the way for diversity across the country. Let’s send a message that all students are welcome here.

Springs is a government sophomore from Dallas.