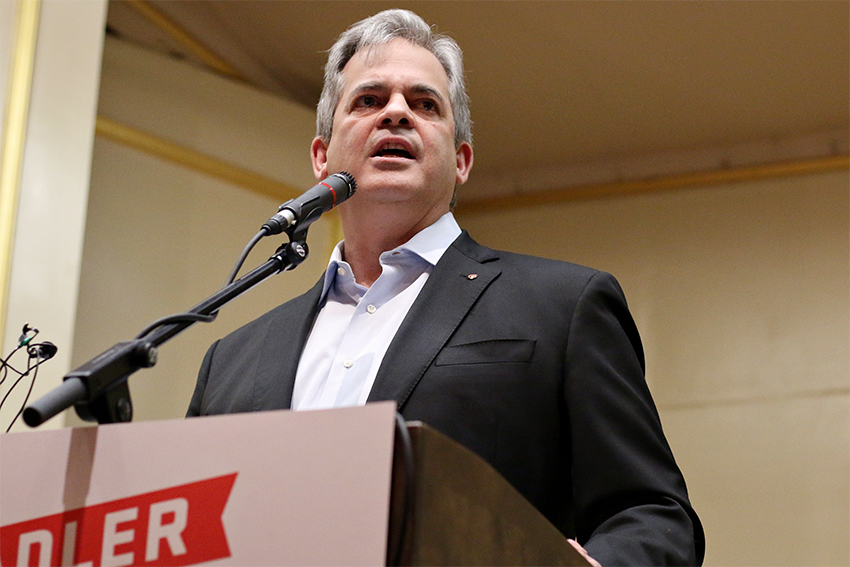 Mayor Steve Adler met with reporters at a press conference Friday afternoon to discuss a new memo addressing Austin City Council’s recent resolution on homelesness, which restricts camping times and locations for people who are homeless.

Assistant city manager J. Rodney Gonzales and Kristi Samilpa, senior executive assistant of the Homeless Strategy Office, sent a memo Friday to Adler and the council to provide updates on the resolution adopted on June 20.

The memo calls for limiting camping in places with high numbers of pedestrians, vehicle traffic and flood zones. It also encourages police officers to use noncriminal methods to enforce these restrictions.

“If we’re arresting or ticketing someone who’s experiencing homelessness in one of those places, then it is a loss for this community,” Adler said during the press conference. “Ultimately, while we will have effectively enforced a safety requirement, we will have done it in a way that creates more problems than the one we solve.”

Adler said he hopes Austin City Council can decide which specific streets, neighborhoods and times are appropriate for people to camp when the council meets Sep. 19.

“I think we are closer now than ever before to actually doing something about the challenge,” Adler said during the press conference.

Adler said he wants Austin to avoid relying on ordinances which restrict where homeless people can camp without providing them an alternative place to go.

“(It’s) like a checkerboard game, just moving people around but not actually dealing with the challenge,” Adler said during the press conference. “Don’t let your city devolve into that place.”

Adler said there are several solutions used in cities on the West Coast, including mobile showers, mobile bathrooms and storage facilities for people to put their belongings, that he would he would like to implement in Austin.

“One of the challenges we have in this city is that it’s really hard for people who are experiencing homelessness to keep track of and maintain their stuff,” Adler said during the press conference. “If you lose your birth certificate, it can be a monthslong process if you’re living on the street to get it.”

“While there are some people who say they don’t want to go to shelters, most of those people … don’t want to go to the shelter because the shelters are not providing them with what it is that they need,” Adler said during the press conference. “If you actually start programs for people to be consistent with what they want and they need, then … most everybody would prefer to be in a place than to be sleeping in the woods or in a tent.”