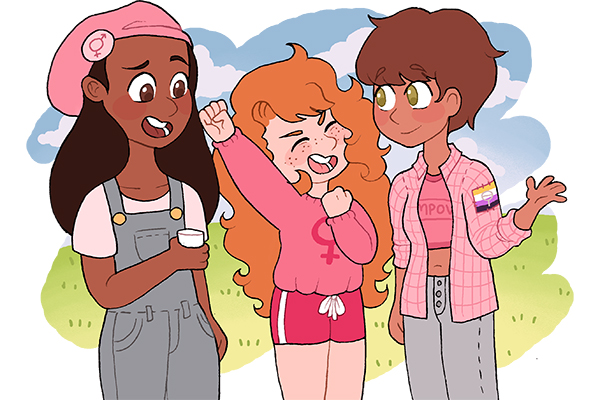 Beginning on Friday, Sept. 6, all audiences will be welcomed to BABES FEST, a weekend-long festival that will showcase a different genre of exhibitions each day.

The festival was created by #bossbabesATX, a Texas-based nonprofit organization that works to create a platform of visibility and opportunity.

Xochi Solis, a board and committee member of #bossbabesATX, said BABES FEST gives women and nonbinary artists, specifically, an opportunity to be highlighted in largely male-dominated industries.

“We want our audience members and artists in an environment that’s going to be as inclusive as possible,” Solis said. “We’re always working as an organization to be responsive to what our communities need.”

For college students hoping to pursue the creative industry, Solis said BABES FEST and other #bossbabesATX events could be a beneficial opportunity to get their foot in the door.

“We’re trying to be as responsive and integrated into our communities as possible, which includes our campus communities,” Solis said. “We give (college students) opportunities to grow because they show initiative and want to become involved.”

Marketing and psychology sophomore Jane Lee said opportunities like BABES FEST are important for female college students who are underrepresented in the media.

“I feel like there aren’t many outlets for female college students to display their creativity,” Lee said. “Something like this can be such an empowering tool. Young artists should support each other, and this gives them the opportunity to.”

For the second consecutive year, Femme Frontera, a group of six female filmmakers creating work inspired by their upbringing in the U.S. and Mexico border regions, are returning to BABES FEST for a showcase Friday night.

Femme Frontera works to amplify the international impact of films made by women from border regions. Their showcase will include a series of short films, each clocking in at under 20 minutes.

Angie Reza Tures, executive director of Femme Frontera, said she is eager for the showcase, which will include films from communities that are often underrepresented in national and global spotlights.

“I hope that people leave the showcase with a strong sense of empathy,” Reza Tures said. “Sharing these experiences is really important if we want to enact any sort of change, especially when it comes to equality.”

Reza Tures said she hopes Femme Frontera can serve as a learning outlet for students at the festival that are trying to become involved in the creative industry.

“We try to get college students moving on to the next step in their careers,” Reza Tures said. “It is always an honor for us to be able to help with that.”