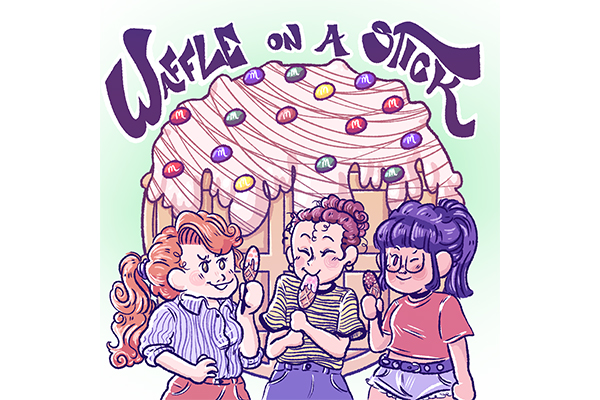 MoZZo, a new Italian restaurant in the Texas Union, opened on Aug. 26 and serves made-to-order bowls, wraps and Tuscan waffles on a stick.

Adam Weisberg, owner and founder of MoZZo, also created Zen Japanese Food Fast in the Student Activity Center and Lucky Robot, a Japanese restaurant on South Congress. Previously, MoZZo’s space was occupied by Revolución Tacos Y Tortas, another one of Weisberg’s restaurants, but he said there are already many taco restaurants around the University. Weisburg said he saw a need for an Italian option on campus because Italian restaurants are largely missing from the culinary scene in Austin.

“As a business owner, I look at where the blue ocean is and where the opportunities lie,” Weisberg said. “We decided to pivot and bring something to the University that was not being done, not only on the campus area but wasn’t being done citywide.”

As opposed to fast food franchises like Chick-fil-A and Panda Express, Weisberg said MoZZo is a new restaurant concept he developed specifically for campus. The MoZZo location is the only one in Austin, and Weisberg said he crafted the menu over the summer to include healthy options with fresh ingredients for “Italian street food,” such as customizable wraps and pasta salads. He said students can order off the menu or create their own meals, an option that is not available in many other campus restaurants.

“It’s basically ‘Chipotle style’ Italian food,” Weisberg said. “We wanted to bring that because there is nothing in the surrounding market that offered students this option. Also, no one has seen waffles made on a stick with homemade cinnamon whipped cream.”

Aramark, the University’s food service contractor and manager of the restaurants in the SAC and the Union, worked with Weisberg to create MoZZo over the summer. Henry Jackson, the food service director for Aramark, said Aramark advised Weisberg on the creation of the menu and management of the restaurant to introduce a local flavor to the University.

“He is very creative in what he does,” Jackson said. “He has brought creativity to campus and added the local flavors of Austin. It has been a really good partnership because together, we develop good concepts for our campus.”

Jackson said Aramark contacted Weisberg about opening a Zen Japanese Fast Food location on campus before the University opened the Student Activity Center in 2011, following the opening of a location in North Austin.

“I like to eat a lot of vegetables,” Srinivasan said. “Most of the stuff around campus serves fast food and seems more processed than this place. It is a really good addition and gives us more choice.”