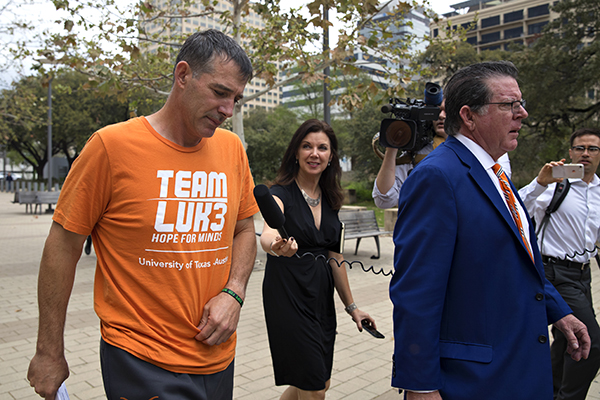 A legal review of the athletics admissions scandal revealed no other student-athletes were improperly admitted to UT, UT President Gregory Fenves announced in an email to the student body Monday.

“The scandal undermined the public’s trust and provoked outrage,” Fenves said in the email. “At UT, we are holding ourselves accountable and improving protocols across Texas Athletics.”

In March, the U.S. Department of Justice accused employees at high-profile universities, including UT-Austin, of accepting bribes to admit students. Michael Center, former UT men’s tennis coach, was accused of accepting a bribe of $100,000 to facilitate the admission of a student with little tennis experience as a men’s tennis recruit.

According to the department’s indictment of Center, the student withdrew from the tennis team but was still enrolled at UT. Center pleaded guilty to one count of conspiracy to commit mail fraud and honest services mail fraud in April 2019.

Jim Davis, UT vice president for legal affairs, began an investigation shortly after the allegations regarding Center emerged, Fenves wrote in the email. Ellie Breed, UT media relations specialist, said the University has no further comment at this time.

The University’s legal review of athletic admissions consisted of 827 interviews with students who participated in athletics in any sport between summer 2012 and spring 2017, as well as every member of the men’s tennis team during Center’s tenure.

Now that the investigation is complete, Fenves said the University is implementing the legal review’s recommendations. The legal review recommended developing a better process to validate a student’s athletic history, setting clear standards for measuring athletic legitimacy and an improvement of the “athletics department culture.”

Student-athletes who drop from the sport before actually competing for the University will also be examined more closely to catch any possible future cases of fraudulent admission, according to the executive summary.

The legal review is confidential under the Family Educational Rights and Privacy Act, but a summary of the investigation is available on the University’s website. Fenves said the University’s admission policies have been strengthened after this process.

“When we come up short, it is critical that we acknowledge mistakes and work swiftly to improve,” Fenves said. “That’s the only way we can maintain the trust and commitment of the society we were founded to serve.”

Editor's Note: This story was updated to include comments from UT media relations.