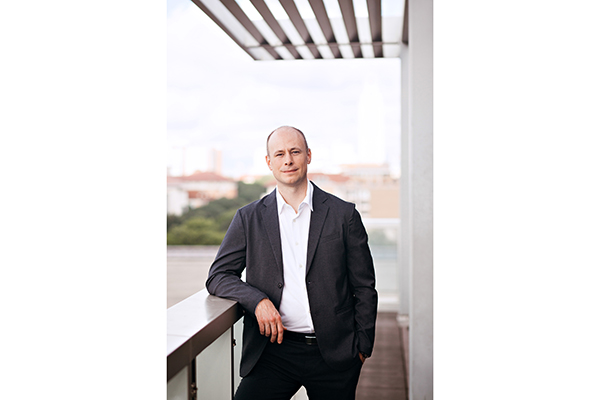 Continuing his work in the fine arts, Tony Award winner Bob Bursey will join the Forty Acres as the new executive director of Texas Performing Arts.

Bursey, the former executive director of the Richard B. Fisher Center for the Performing Arts at Bard College, will assume his new position starting in the spring semester. He joins the faculty as a Tony Award winner for his work on the 2019 reinvention of the musical “Oklahoma!” that is currently running on Broadway, with experience managing live events in over three dozen countries and productions for the American Dance Festival.

“(Bursey) has an enormous reputation in New York City and elsewhere for creating new performing arts work,” Dempster said. “We hope he will be leading the effort to create new work that will be performed around the country and around the world.”

Dempster said Bursey will be responsible for overseeing all productions in the four on-campus theaters, such as those held in the McCullough Theater and the Bass Concert Hall.

Bursey said one of the goals he has for Texas Performing Arts is expanding the arts from their traditional theater and concert hall locations. He said he believes inspiring performances can take place in any setting and hopes to redefine what UT’s performing arts center can be in the coming years.

“The performing arts center can be a front porch of the University,” Bursey said in an email. “There is a lot of focus on getting folks to come to our venues for performances, but we can create powerful experiences in other places as well.”

Music performance sophomore Samuel Shipps said he intends on getting involved in Texas Performing Arts. He said the addition of Bursey gives the University a new chance to be at the forefront of the theater, dance and performance world.

“When you are in the performing arts, it’s all about the connections that you make,” Shipps said. “Having someone like (Bursey) working for the school gives me a lot of confidence that we are going to be pushing to bring in a lot of better teachers and better performers and more opportunities for our students.”