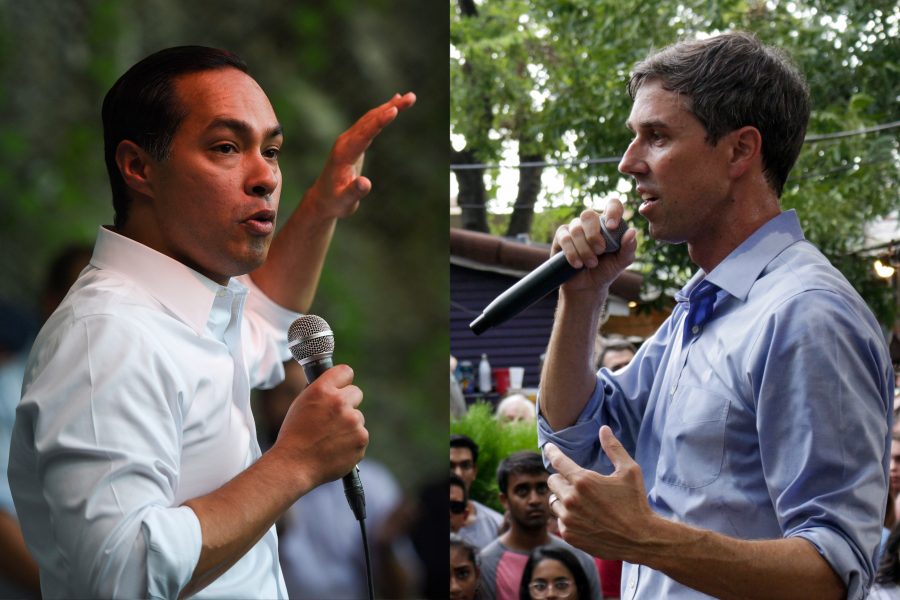 Graysen Golter and Victoria May

The debate at the historically black Texas Southern University in Houston featured all the candidates who met certain polling and fundraising thresholds by the Aug. 28 deadline, including Texans’ former U.S. Rep. Beto O’Rourke and Julián Castro, former Housing and Urban Development Secretary.

The moderators mentioned two recent mass shootings in Texas — the El Paso shooting and the Odessa-Midland shooting — in which 29 people lost their lives.

In response, O’Rourke said the U.S should not be seeing weapons “designed to kill people on the battlefield” or high-impact velocity rounds “meant to injure someone so badly they can’t get up” used on children. Instead, he wants to confiscate certain types of guns.

“Hell yes, we’re going to take your AR-15 and your AK-47,” O’Rourke said. “We’re not going to allow them to be used against fellow Americans anymore.”

O’Rourke and Castro also discussed their immigration plans, which include rewriting immigration laws and providing a path to citizenship for millions of Dreamers.

“Beto tonight has taken a strong stance on guns, especially post-El Paso,” Wicker said. “He deserves the praise for the work he is doing in the fight for guns.”

Former Vice President Joe Biden said people should not be jailed for nonviolent criminal offenses and that the criminal justice system has imprisoned too many people for drug offenses.

Biden said the system should instead divert people who have committed drug offenses to rehabilitation resources and expunge the criminal records of people who have been criminalized for marijuana possession.

“The whole model has to change,” Biden said. “When we’re in the White House, we’ll release 36,000 people from the federal prison system. No one should be in jail for a drug problem. When we put people in prison, we have to equip them when they get out.”

U.S. Sen. Elizabeth Warren said her “Medicare for All” health care plan will be the most efficient way to cover people’s health care. She said the plan will require people who make more than $50 million per year to pay more in taxes and alleviate the financial burden for middle class families.

“I’ve actually never met anybody who likes their health insurance company,” Warren said. “We need to make sure everybody is covered by health care at the lowest possible cost.”

Wicker said health care is the most important issue for these candidates and especially impacts college students.

“America is in a health care crisis and we need solutions,” Wicker said. “We have college student(s) deciding to go to the doctor or pay for medications (and) how to pay for living and school. That should never be a decision they need to make.”