Texas defense comes up big in 2-0 win over Washington 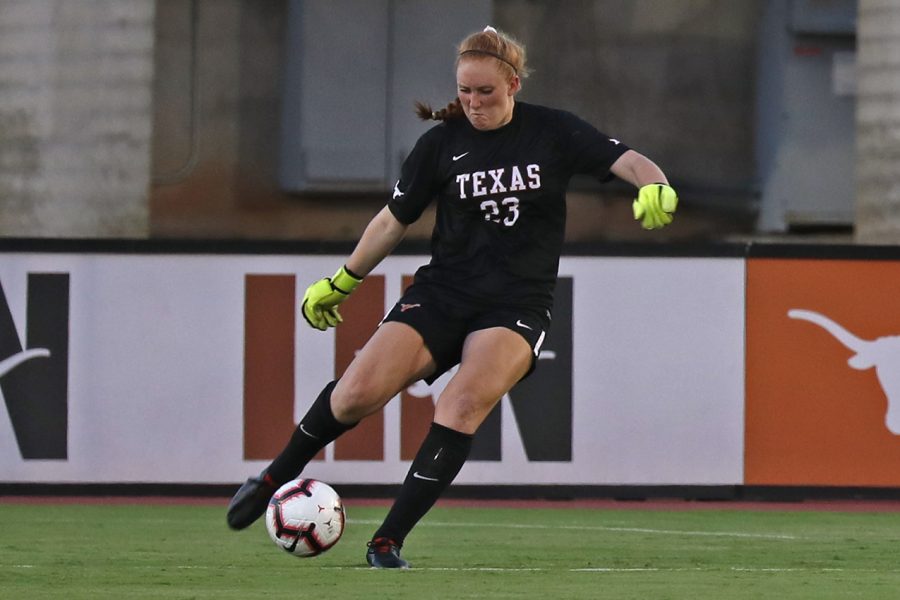 Texas extended its win streak to three Friday night against the University of Washington. The Longhorns were able to get the 2-0 win in front with a season-high of 1,625 fans at Mike A. Myers Stadium cheering them on. Senior defender Emma Jett described the difference in atmosphere Friday night postgame.

“It was really nice having all the fans out. We’ve been playing on Thursdays a little bit more than normal, so it was nice to have a Friday game,” Jett said.

For a Longhorn team that has been used to high scoring affairs throughout the season, it was their defense that propelled them. Locked in a battle for most of the game, it was imperative that the backline stepped up.

Although the Huskies had 13 shots on the night, only four were on goal. Leading the charge on that front was junior goalie Nicole Curry, who replaced junior Savannah Madden three games ago and has only allowed one goal.

“What I really enjoy about Nicole is her ability to organize back there. She’s very vocal. She commands attention,” said Texas head coach Angela Kelly. “She commanded her space, and that’s what we need from our goalie.”

A defensive unit is not just one player. Only a team effort can make this possible. Defenders Jett, Atu Mshana, Emma Regan, and Maddie Dorsett all pitched in to give the Longhorns their second consecutive shutout of the season. Coach Kelly previously preached defense as an area of improvement and gave her praise to the unit after the match.

“They’re becoming more fluid. In our games, you don’t want to see more gaps in the lines. You want to keep the ball going forward so you don’t get stretched,” Kelly said.  “Then again, you’re also crediting our front six with that. It’s a total team effort, but the back line certainly is progressing, and we’re getting better.”

The defense has been particularly good with the return of Jett, who missed the first two games of the year with a variety of ankle injuries. Not only did she play her first full game of the season tonight but assisted on a goal as well.

“It feels really great. It was my first injury, so it was definitely a different perspective. Every day gets better, but I’m excited for Big 12s,” Jett said.

For most of the match, it was tough for Texas to score — held at bay by Washington’s defense. However, they were able to sneak one from Jett’s long pass to junior midfielder Haley Berg and another from senior forward Cyera Hintzen heading the ball into the net off a post strike by Julia Grosso.

After a slow start to the season, the Longhorns are looking like the dangerous squad they were believed to be entering the season.