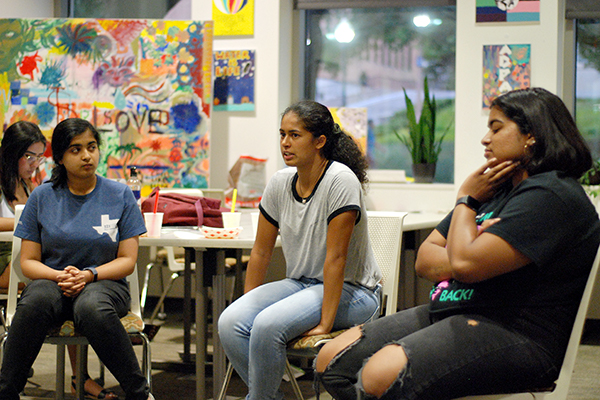 The Asian Desi Pacific Islander American Collective (ADPAC) held a screening of the “American Revolutionary: The Evolution of Grace Lee Boggs” on Tuesday at the Multicultural Engagement Center, followed by a discussion about Asian American activism.

The ADPAC is a student organization that aims to serve, educate, empower and represent the Asian Pacific Islander Desi American community at the University, said Sarah Philips, ADPAC director of operations. The discussion centered around Grace Lee Boggs, a Chinese American author and social activist, and how she and other similar activists influence Asian American activism today.

“(The event) was about discussing what activism looks like for Asian Americans in today’s world and how that was affected by early Asian American activists like Grace Lee Boggs,” said Ananya Murthy, biochemistry and biomedical engineering senior and ADPAC finance director.

Philips, an Asian American studies and government senior, said she chose Boggs specifically because of how her work connects with how she feels Asian American activism should look like on campus. Boggs is known for her work with black communities in Detroit and civil rights activism during the 1950s and 60s.

“What’s really cool about her is that she expressed solidarity before there was even a word for that,” Philips said. “She worked a lot with black organizations and was also a community activist. At UT, (Asian Americans) are overrepresented compared to the general population. So it’s a lot of solidarity work, and Boggs embodies that.”

Philips said she’s inspired by Boggs because of how she defied Asian American stereotypes.