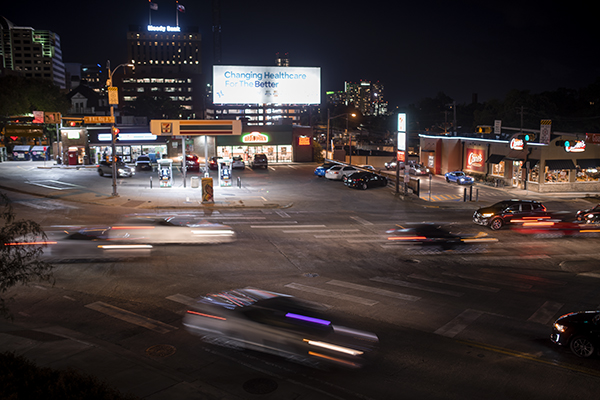 The Austin Transportation Department utilizes a data-informed planning tool to identify areas in Austin that have a relatively high number of serious traffic injuries and fatal crashes.

According to the Vision Zero website, city officials use the network to determine areas where safety, infrastructure and education efforts should be focused to have the greatest impact on improving safety.

“What (the High-Injury Network) is looking at is concentrations of serious injuries and fatal crashes across the (city street) network,” Meyer said. “(The tool) helps capture longer street segments where we think there is the highest risk of crashes.”

The High-Injury Network looks at where individual crashes occur to determine high-risk areas, Meyer said. He said the network independently evaluates motor vehicle, motorcycle, bicycle and pedestrian high-injury networks and then combines them.

“We’re going to mainly use it as … a high-level tool to identify streets across the city that all have common characteristics that we think crashes are likely to occur in the future,” Meyer said. “We consider every street on this network to be a very high-crash street.”

He said the network does not include highways and solely focuses on the city street grid.

“We try to separate highways out, because they have different characteristics and different strategies that are going to be required to address those types of crashes,” Meyer said. “So this looks at … a lot of streets that the city controls (and) has jurisdiction over that we can do things about.”

The Austin Transportation Department partners with the Austin Police Department to enforce safety in the areas within the network by hiring overtime officers to go work the specific areas to increase safety, APD detective Patrick Oborski said.

Meyer said the transportation department also funds safety infrastructure in the network, such as working with the markings division, which is in charge of road markings and crosswalks.

Biochemistry freshman Kevin Shi said he could see how an increased police presence in these areas could lead to drivers’ compliance with traffic laws.

“If it’s that many accidents … then they could cut down on the amount of accidents,” Shi said. “If people see police there, it might make a difference in their driving.”