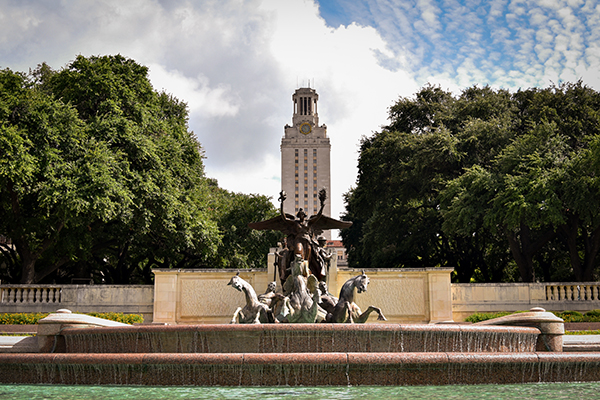 UT will take part in a pilot program to improve the doctoral student experience, starting with reforms in four different departments.

The Association of American Universities selected eight universities, UT included, to collaborate and emphasize career diversity as a part of their Ph.D. Education Initiative.

The University announced Sept. 12 that it will start working toward these goals by implementing reforms that address the culture, policies and practices within the history, American studies, chemistry and neuroscience departments, Graduate School Dean Mark Smith said.

“We train a lot of Ph.D. students,” Smith said. “Not all of them get jobs in academia, which has been, in many disciplines, the norm, but now, we have lots of students who are graduating, and they’re going to other career paths. So the big question is, are we preparing those students properly to be successful in these alternative career paths?”

The University must complete three key activities during the three-year Phase I of the initiative, according to the project description from the association. These activities include mapping department career path support, collecting Ph.D. program and outcome data and making it public, and participating in workshops.

Christopher Baryiames, the chemistry representative for the Graduate Student Assembly, said preparing for these career paths means finding out what his options are to begin with. Baryiames, a chemistry graduate student, said he does not know what his career options are beyond tenure or research and development.

Baryiames said there is typically pushback from the faculty whenever doctoral students are not pursuing a path in academia.

“There’s an idea of what success looks like, and success for a lot of faculty is publishing in academic journals,” Baryiames said. “It’s kind of this backwards way where they want to help us, but the way they want to help isn’t the way we want to be helped.”

Gwendolyn Lockman, co-leader of the History Graduate Council, said she is also interested in pursuing different career options because she knows her interests may change by the time she graduates.

“(The graduate program is) going to take five or six years, and you don’t really know who you’re going to be, where your life is going to be, what jobs are going to exist at the end, and so I think this shift in language is promoting a realistic and pragmatic flexibility,” history graduate student Lockman said.